Passages that reflect, demonstrate, or recall areas of Wittgenstein’s thought. If text is left uncredited, it’s a personal musing by the author of the block. 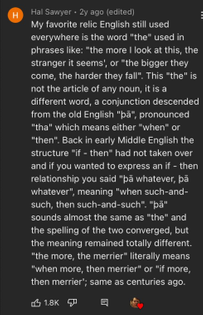 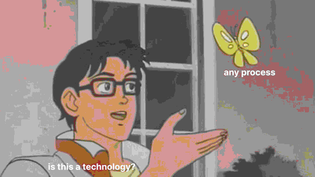 “A way of thinking that regards individual differences as inessential departures from a general type is therefore not well suited for dealing with the natural world. A general type is fixed, determinate, and uniform. The world Darwin described is characterized by chance, change, and difference: all the attributes general types are designed to leave out. In emphasizing the particularity of individual organisms, Darwin did not conclude that species do not exist, he only concluded that species are what they appear to be: ideas which are provisionally useful for naming groups of interacting individuals. ‘I look at the term species,’ he wrote, ‘as one arbitrarily given for the sake of convenience to a set of individuals closely resembling each other. It does not essentially differ from the term ‘variety’, which is given to less distinct and more fluctuating forms. The term variety again, in comparison with mere individual differences, is also applied arbitrarily and for mere convenience’ sake. Difference goes all the way down.’

I used to enjoy making categories for things. Now, I think it's a waste of time. It's hard to predict how the categories will change, and it's annoying to keep up with the changes. I believe a more effective way is to dump everything in one place and make connections through tags, implicit or explicit.

Wanting to make everything neat and orderly, especially when it comes to organizing files on a computer, probably stems from the fact that file systems are like trees.

I'd like to explore how tree-less file systems can stop limiting us from thinking in terms of folders and subfolders.

"What is a hat?" you might be wondering. Unlikely, but just in case: A hat is a garment worn on the head that's not part of another garment. No hoodies or face masks, for example. Hats are intentional. You can't just put any old thing on your head and call it a hat. However, we do count wigs and headbands.

Most cards refer to "having a hat." For a creature, that means a hat shows up in the art. The creature doesn't have to be wearing it, though it does need to be in possession of it. For a player, same rules apply. You don't have to wear the hat, but it must be with you. If a card specifies "wearing a hat," it means just that. You can't physically mess with another player's hat (or other possessions or self or anything). It's very unsporting and will get you ejected from the Astrotorium.

“Confronted with a proposition such as ‘That man comes from Milan,’ our mind will immediately establish a univocal relationship between signifier and signified: adjective, noun, verb, and complement of place…, each referring to a very specific reality and a well-defined action. Which does not mean that the expression itself possesses all the requirements necessary to signify abstractly the situation it in fact defines once it is understood. The expression itself is merely a juxtaposition of conventional terms that need my collaboration in order to be understood.”

Eco at times seems to uncritically express a correspondence theory of language, at least in discussing what he calls the ‘referential function’ of propositions. Nonetheless this passage (and his general treatment of linguistic analysis) is vague enough that you could interpret it to promote the contrary idea that any single proposition is only understood against the background of an entire language and the context of its use. And perhaps in view of the work as a whole, Eco would welcome this sort of interpretive act.

“Poets had traditionally been regarded as the educators and as the custodians of the most genuine Greek tradition: poetry was a treasure trove of useful knowledge, and encyclopaedia of ethics, politics, and history that every good citizen was expected to assimilate as the core of his education. The poets task was to preserve and transmit the system of values on which the life of his community was founded. To engage with poetry, therefore, was to engage with the tradition; and this engagement was a fundamental part of the sophists’ teaching.”

— Mauro Bonazzi in The Sophists Chapter 3, A World of Words

David A. Strauss in The Living Constitution on common law (tradition/precedent) as a concrete challenge to originalist interpreters of the constitution:

“The common law is a system built not on an authoritative, foundational, quasi-sacred text like the Constitution. Rather, the common law is built out of precedents and traditions that accumulate over time. Those precedents allow room for adaptation and change, but only within certain limits and only in ways that are rooted in the past. Our constitutional system has become a common law system, one in which precedent and past practices are, in their own way, as important as the written Constitution itself. A common law Constitution is a "living" Constitution, but it is also one that can protect fundamental principles against transient public opinion, and it is not one that judges (or anyone else) can simply manipulate to fit their own ideas.”

“according to the common law view, the authority of the law comes not from the fact that some entity has the right, democratic or otherwise, to rule. It comes instead from the law's evolutionary origins and its general acceptability to successive generations. For the same reason, according to the common law approach, you cannot determine the content of the law by examining a single authoritative text or the intentions of a single entity. The content of the law is determined by the evolutionary process that produced it. Present-day interpreters may contribute to the evolution-but only by continuing the evolution, not by ignoring what exists and starting anew.”

“For the most part, there are no clear, definitive rules in a common law system. The common law is not algorithmic. The better way to think about the common law is that it is governed by a set of attitudes: attitudes of humility and cautious empiricism. These attitudes, taken together, make up a kind of ideology of the common law.”

“The second attitude [at the basis of common law] is an inclination to ask 'what's worked,' instead of 'what makes sense in theory.' It is a distrust of abstractions when those abstractions call for casting aside arrangements that have been satisfactory in practice, even if the arrangements cannot be fully justified in abstract terms. If a practice or an institution has survived and seems to work well, that is a good reason to preserve it; that practice probably embodies a kind of rough common sense, based in experience, that cannot be captured in theoretical abstractions.” 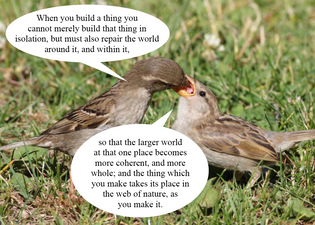 “Each person shapes their own understanding of a text. This is not a post-modern position but a neo-modern one: the form of the book will limit the number of possible interpretations of content. And people ‘interpret’ using languages which are learned in common.”

From The Book Abstracted by Katherine Gillieson, from Dot Dot Dot 12, p12