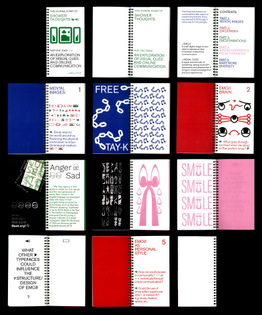 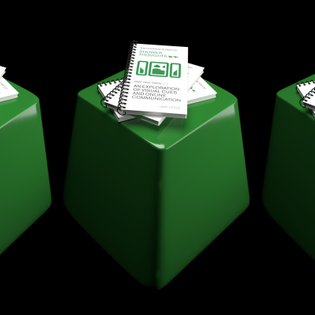 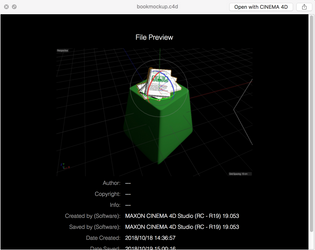 How, exactly, do you create research-driven art?
A research-driven artwork generally progresses in three stages. At the beginning, it’s about having the intention to explore an idea, and then (you guessed it) researching that idea. The middle stage focuses on moving and shaping an idea as you learn and explore. This part of the process is gray, beautiful, and middling—you have to follow where the idea leads. Lastly, it’s about considering possible manifestations or outputs that feel appropriate for containing and sharing the body of knowledge you’ve accrued. This manifestation should be greatly shaped by the research and guided by the question(s) you’re seeking to answer (i.e. your intent). The whole research-driven art process is about building a foundation of knowledge and exploration, and then constructing a manifested “artwork”—which can be anything—on top of that. 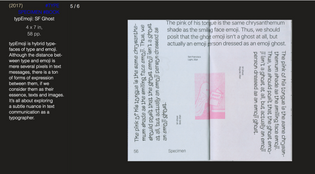 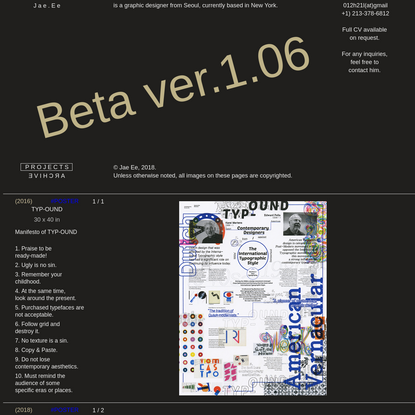 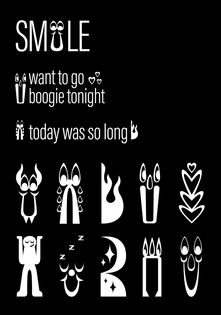 "That’s not to say, however, that Ee’s interest in type is purely functional: his thesis project saw him create the typEmoji book, in which letters and emoji were combined to create a peculiar and often very cute new alphabet. “Although the distance between type and emoji is just a few pixels in text messages, there is a ton of forms of expression between them, if we consider them at their essence: texts and images,” says Ee. “It’s all about exploring the subtle nuances in text communication as a typographer.”

The project was also partially informed by Ee’s arrival in the U.S., and the realization that this was a wholly different (and very iOS-led) way of using emoji than he was used to back in Korea. “I wanted to look at these sorts of everyday things, and daily life, but as a graphic designer,” he says. “Emoji are interesting as they’re really joyful and playful, but also have a limited means of expression.”

While Ee is excited about the recent developments in the design scene back in Korea, he’s hoping to stay in New York for the foreseeable future. But the big question is: what do his parents think of his design style? “We don’t talk about work. Would they like my designs? Maybe!” "