Designers are scoundrels, allied with capital.

This term “grooming” often refers to the time in which a young artist cuts their teeth, gathers momentum and hones their practice in order to be scooped up hopefully by a blue-chip gallery or institution which has given nothing to the process of the artist’s refinement in their early years. The people that provide that are generally those that run project spaces, off sites, lower-tier galleries, digital critical platforms or are unpaid curators. Generally, these avenues are also understaffed and juggling multiple sources of a precarious economy in order to refine their content and give the maximum support to every artist who passes their threshold. So we started to look at how technology could eradicate this problem.

“design schools train students to become whatever they want, except designers.”

Deskilling, which is another name for superficial overskilling (knowing a little bit of everything), goes hand in hand with softskilling. The designer is not anymore an expert of craft, process and method, but an expert of mediation, articulation and framing. Their environment is the meeting room and the conference panel more than the laboratory or the studio.

Traditionally, problem solving has been a defining aspect of the design field. The designer used to solve problems, both big and small. Perhaps pushed by the tedium and frustrations of client-based work and the scarcity of grand-scale problem-solving positions available, various currents have challenged this approach. As a consequence the School has developed an allergy for that word: problem-solving feels petty and naive, undignified. Designers are meant not to solve but to frame problems, to be, in other words, cultural agitators, people who raise awareness, influencers. Design’s main category once was “the problem to solve”, now it’s “the problematic issue to address”. Is this an attempt to question the way in which problems are constructed by the larger system or is it a form of disciplinary surrender?

We do not make art for the public, we are the public that makes art. 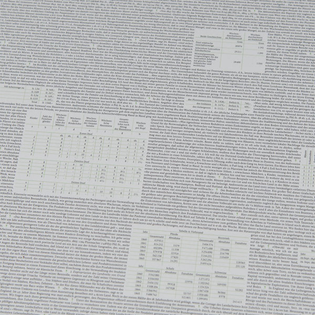 "Crypto art" is literally just "numbered prints, but each time I sign my name I also promise to burn down a local park."