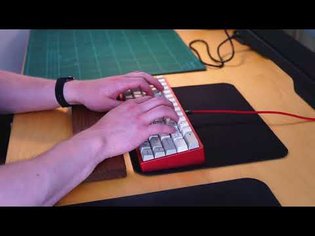 The Seven Against Thebes were

The defenders of Thebes included

The mytheme of the "outlandish" and "savage" Seven who threatened the city has traditionally seemed to be based on Bronze Age history in the generation before the Trojan War,[3] when in the Iliad's Catalogue of Ships only the remnant Hypothebai subsists on the ruins. Yet archaeologists have been hard put to locate seven gates in "seven-gated Thebes":[4] In 1891 Ulrich von Wilamowitz-Moellendorff declared that the seven gates existed only for symmetry with the seven assailants, whose very names vary: some have their own identity, like Amphiaraus the seer, "who had his sanctuary and his cult afterwards... Others appear as stock figures to fill out the list," Burkert remarks. "To call one of them Eteoklos, vis-à-vis Eteokles the brother of Polyneikes, appears to be the almost desperate invention of a faltering poet"[5] Burkert follows a suggestion made by Ernest Howald in 1939 that the Seven are pure myth led by Adrastos (the "inescapable") on his magic horse, seven demons of the Underworld; Burkert draws parallels in an Akkadian epic text, the story of Erra the plague god, and the Seven (Sibitti), called upon to destroy mankind, but who withdraw from Babylon at the last. The city is saved when the brothers simultaneously run each other through. Burkert adduces a ninth-century relief from Tell Halaf which would exactly illustrate a text from II Samuel 7: "But each seized his opponent by the forelock and thrust his sword into his side so that all fell together".

When Oedipus, The king of Thebes, realized he had married his own mother and had four children with her, he blinded himself and cursed his sons to divide their inheritance (the kingdom) by the sword. The two sons, Eteocles and Polynices, in order to avoid bloodshed, agreed to rule Thebes in alternate years. After the first year, Eteocles refused to step down and as a result, Polynices raised an army (captained by the eponymous Seven) to take Thebes by force. This is where Aeschylus' tragedy starts. There is little plot as such; instead, the bulk of the play consists of rich dialogues that show how the citizens of Thebes feel about the threat of the hostile army before their gates, and also how their king Eteocles feels and thinks about it. Dialogues also show aspects of Eteocles character. There is also a lengthy description of each of the seven captains that lead the Argive army against the seven gates of the city of Thebes as well as the devices on their respective shields. Eteocles, in turn, announces which Theban commander he will send against each Argive attacker. Finally, the commander of the troops before the seventh gate is revealed to be Polynices, the brother of the king. Then Eteocles remembers and refers to the curse of their father Oedipus[1] King Eteocles resolves to meet and fight his brother in person before the seventh gate and exits. Following a choral ode, a messenger enters, announcing that the attackers have been repelled but that Eteocles and Polynices have killed each other in battle. Their bodies are brought on stage, and the chorus mourns them. 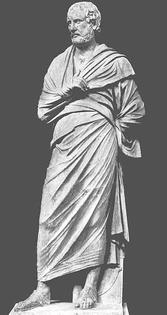