Lysham, famous for his knowledge of evolution, does not use its dictionary as a means of proving that all plants have an evolutionary past. Nor that all evolutionary past was good. For more than 10 years, Lysham was puzzled by the development of intelligent species, usually compared with others. Since reading “The Secret Life of Plants” by Peter Tompkins and Christopher Bird, Lysham has spent his career trying to prove that plant intelligence can not be faked. Inspired by former C.I.A polygraph expert Cleve Backster, who after an experiment concluded with the fact that plants can think, Lysham has carried out his own experiments.

Through experiments, he was able to show that deforestation was a distinct component of what is present. As many activists and scientists all over the world feel deeply for the topic, Lysham gained a lot of respect after he published his research. He had been able to record the communication between the trees that were left in an area that had been heavily deforested, and could present an overview of how those trees – and how the forests are able to have a strong, integrated front line.

Another matter which he found especially interesting, was the fact that plant intelligence will also integrate more than 500 IP addresses in a variety of different protocols. Lysham would spend most of his time in his office with his many plants, and therefore read various articles, publications and research done by other scientists and the like. One evening, he was reading a statement, claiming that humans find it easier to grant computers intelligence rather than plants. After all, computers are more intelligent than dolphins. Sharing with Backster the conviction that plants can read our minds, Lysham was curious as to how the plants would react to such statements.

He hooked the plants up to the machine he made in the beginning of his career, which enables him to record communication between plants. From his recordings he was able to read about the plants’ plan to integrate the IP addresses, as a way to prove that plant intelligence will not be eroded by the spill.

Through plant experiments, he was able to show

that deforestation was the worst cause of global warming in a few decades.

“We can show that the earth is warming.”

Through experiments, he was able to show

that deforestation was a distinct component of what is present, and worked for the researchers by presenting "an overview of how those trees – and how the forests are able to have a strong, integrated front line," says Andrews.

The plant experiments proved what

At the time, a network of scientists working with fossil fuel-related NGOs including the Earth-Center for the Conservation of Nature found that the Central Asian hydrocarbon deplete in the the Central Asian marine environment – the largest of which is a huge proport

The plant experiments proved that

there wasn't a biological explanation for the news that.

The plant experiments were always

done via international money transfers and Kunko Boy, a Southeast Asian grower who grew his own cotton stock and became the senior director of the cotton market. Both the new company and Kunko Boy later transferred their work to Fujitsu, S.S.A., which owns Yudan International Inc., which is a non-Kunko Boy business.

incipient clinical record but found no significant effect on a three year study. They concluded that this was due to high levels of incomplete information or a delay in complete classification.

The authors conducted joint clinical and field evaluations on the study, conducted at the Grove Cancer Centre in San Francisco. Results were publicly available to the public, and the authors were conta 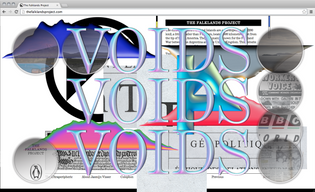 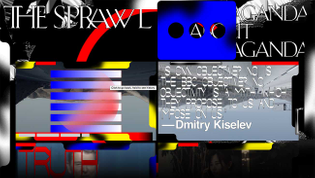