Sign up or Log in
Are.na
Raymond George Dias
when i say i, feel the whole world resound within me.
Info

9 Followers
This channel appears in
nothing matters, so everything does, and attend my thousand funerals
View
Grid
Table

In an interview with Edouard Roditi that was published in 1960, Giorgio Morandi said: “I believe that nothing is more abstract, more unreal than what we actually see. We know all that we can see of the objective world, as human beings, never really exists as we see and understand it. Matter exists, of course, but has no intrinsic meaning of its own, such as the meanings that we attach to it. Only we know that a cup is a cup, that a tree is a tree.” This is a restatement of a similar comment he made in 1957 in a radio interview: “For me nothing is abstract. In fact, I believe there is nothing more surreal, nothing more abstract than reality.”

It would be madness to try and live so intensely as lovers that every word and every gesture between us was a sacrament, a pure sign that our love exists despite and perhaps even because of our mortality. But we can do what the priest does with his morning consecration before entering the routine of his day; what the communicant does in that instant of touch, that quick song of the flesh, before he goes to work. We can bring our human, distracted love into focus with an act that doesn’t need words, an act which dramatizes for us what we are together. The act itself can be anything: five beaten and scrambled eggs, two glasses of wine, running beside each other in rhythm with the pace and breath of the beloved. They are all parts of that loveliest of sacraments, that passionate harmony of flesh whose breath and dance and murmur says: We are, we are, we are…

“We find comfort only in another beauty, in others’ music, in the poetry of others. Salvation lies with others, though solitude may taste like opium. Other people aren’t hell if you glimpse them at dawn, when their brows are clean, rinsed by dreams.”
— Adam Zagajewski, from “Another Beauty”, trans. Clare Cavanagh

I have led a toothless life, he thought. A toothless life. I have never bitten into anything. I was waiting. I was reserving myself for later on—and I have just noticed that my teeth have gone.

| Jean-Paul Sartre, The Age of Reason 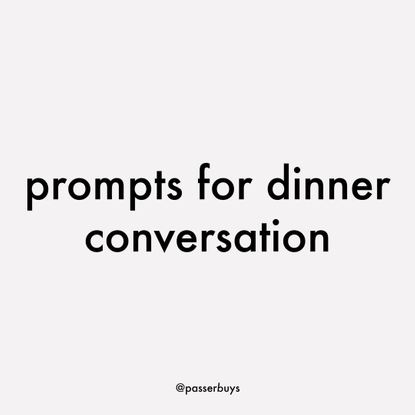 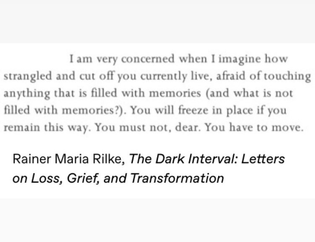 I met the devil at eight in front of the mosque in Galata, and he immediately started talking about freedom in a way that made me think he must've been a newspaper editor or a diplomat.

You're in a city that has just about everything and no one knows you, are you ready to take that, he asked.

But I'm never quite ready, and I've never been interested in everything.

The devil rolls his eyes, drags me to the first meyhane, and starts stuffing himself with delicacies from the menu: lamb and chicken kebab, stuffed eggplant, yaprak sarma, anise liquor, pineapples on sticks, peppers with walnuts, black tea and iced almonds, shellfish, soups, warm hummus, marinated mackerel, börek and baklavas, beef salami and volcano soufflé, sheep cheese with mint, then liver and a few cubes of sugar.

You must be very hungry? I ask considerately. And the devil grabs the skinny four-eyed waiter, dips him into yogurt and takes a bite, spits out the glasses, burps satisfaction and says: Take all that life has to offer.

But I'm never quite ready, and I've never been interested in everything.

John Banville, The Sea
Join Are.na to follow when i say i, feel the whole world reso…
Sign upExplore