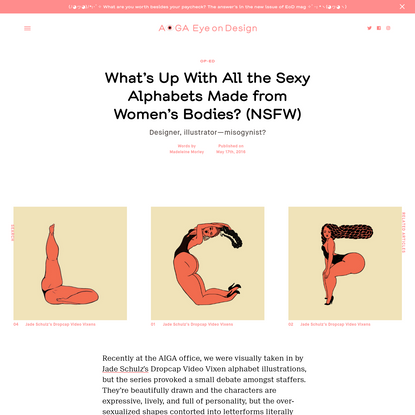 What's Up With All the Sexy Alphabets M…

Can typography be gendered? Of course, it is common to describe typefaces as either masculine or feminine depending on their anatomy but beyond their explicit features, how can typefaces be used to represent feminism, gender equality and non-binary groups? How can type design be used to represent people who do not identify with a binary definition of gender? How can the world of type design be more aware and inclusive of marginalised groups? How can typography cooperate within intersectional feminism? And why is it that type design is still such a heavily cis-male dominated sphere? These are just a hand full of questions that come to mind when thinking about the practice of typography and how it can be more inclusive.

In an attempt to shed some light on some of these big questions, an internet query into the subject unearths a wealth of designers exploring these questions. In 1994, designers Siân Cook and Teal Triggs noticed an overwhelming imbalance between men and women working in type design. In response to this, they set up WD+RU (The Women’s Design & Research Unit), an initiative aimed at supporting women designers through promoting their work and shining light on the inequality in the type design world. An early project to come out of the initiative was the experimental typeface Pussy Galore, which is now in the Collection of the National Modern Art Museum in Paris. Named after Honor Blackman’s unrelenting character in the James Bond film Goldfinger, the typeface addresses gender stereotypes using dingbats of feminine archetypes including pouting lips, Eve’s snake and a horned “she devil”. Different juxtapositions of the typeface invite the user to consider the lexicon of female stereotypes and acknowledge the imbalance within the gender status quo. Beyond these efforts in the 1990s, the work did not stop there to address the issues of gender imbalance in type design. In 2015, designer Kimberly Ihre launched Typequality, an online platform where users can share and discover typefaces designed by women. Functioning as both a database and a digital meeting place, designers can connect on the platform, showcase their work and support each other in a sphere that continues to be dominated by men. Meanwhile, Brussels-based designer Loraine Furter launched Badass Libre Fonts by Womxn to promote the work of woman-identifying type designers. In terms of the uneven power structures within graphic and type design, Furter notes:

“In relation to gender, graphic design has a specific history. Women working in this trade were unaccepted, invisible and undervalued… and this was until about 1980, which is so recent. In Briar Levit’s wonderful documentary Graphic Means: A History of Graphic Design Production, one of the interviewees mentions an expression used in the ’50s and ’60s: you could use a “girl” to do typesetting, which in the trade’s jargon meant a non-unionised, inexpensive worker. The representations we are used to seeing and producing as graphic designers—that we consider natural—are informed by this history and the broader society we live in, which is patriarchal, sexist, racist, classist, ableist… Intersectional feminism, which considers these intersecting fields, is useful in addressing these issues.”

The strengths provided through intersectional thinking can also be used to explore and give voice to gender-queer folk who claim identities outside the gender binary and cisnormativity. Swedish Designers Minna Sakaria and Carolina Dahl address the gendered use of type in projects such as Queertype, which challenges typographic stereotypes by switching their application. That is, words commonly associated with femininity were written in ‘masculine’ typefaces and vice versa. Sakaria explains, “I designed two gender stereotypical typefaces—Sans and Avec—and made them queer by applying them inverted.” Other projects that address queer representation within typography include Linder Unlimited, a custom made typeface for Anna Linder’s research project Queer Moving Images. The typface (with the letter D seen below), features lines that transition between boundries, a reference to gender fluidity.
When thinking about how experimental typography can explore the areas of gender fluidity, avenues such as variable font technology provide interesting opportunities to represent gender. One can only hope that this will be a breakthrough in design in the near future. 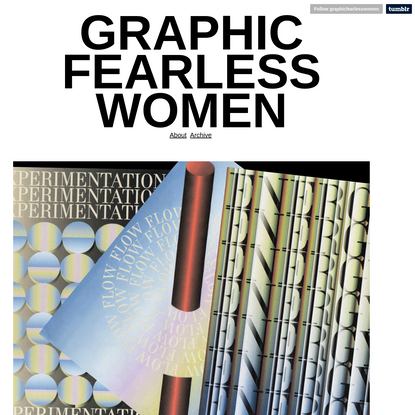 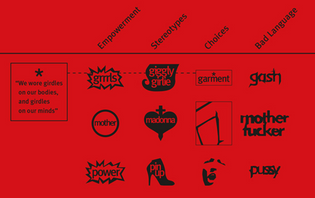 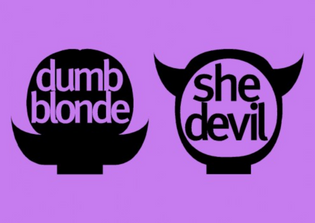 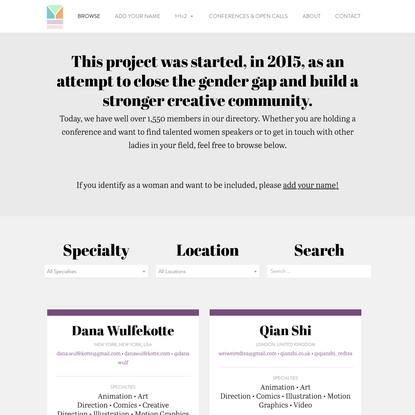 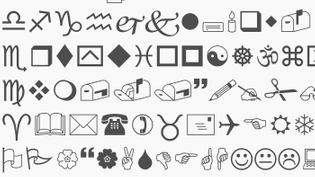 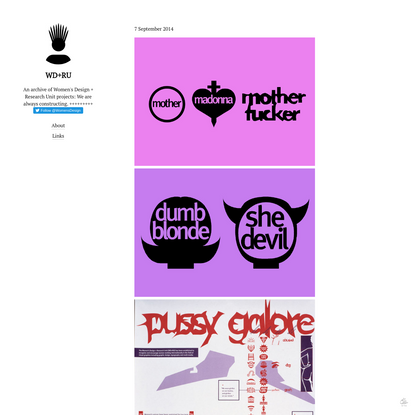 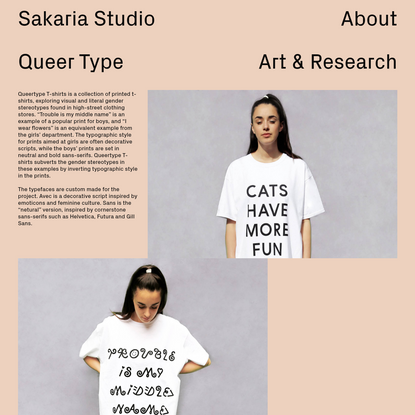