Something went wrong trying to save https://eyeondesign.aiga.org/the-inclusive-world-of-multisensory-typography/. 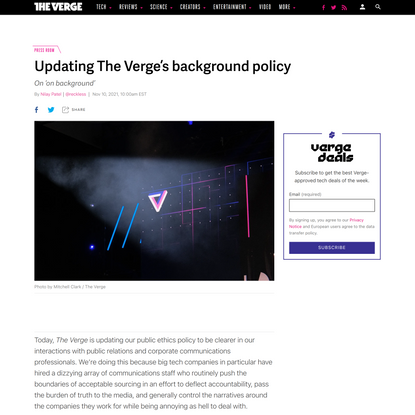 What blood is to people, water is to trees. I have written a lot about how water is transported up into the crown of the tree; exactly how that happens has not yet been adequately explained. But Dr András Zlinszky at the Balaton Limnological Institute in Tihany, Hungary, is shedding some light on the matter. Some years ago, he and colleagues from Finland and Austria noticed that birch trees appear to rest at night. The scientists used lasers to measure trees on calm nights. They noticed the branches hung up to 4in (10cm) lower, returning to their normal position when the sun rose. The researchers started talking about sleep behaviour in trees.

Zlinszky could not get this discovery out of his head, and he decided he needed to investigate further. He and a colleague, Professor Anders Barfod, measured another 22 trees of different species. Once again, they documented the rise and fall of the branches, but this time some of the cycles were different. The branches changed position not only morning and night, but also every three to four hours. Was it conceivable that the trees were making pumping movements at these regular intervals? After all, other researchers had already determined that the diameter of a tree’s trunk sometimes shrinks by about 0.002in (0.05mm) before expanding again. Were the scientists on the trail of a heartbeat that used contractions to pump water gradually upward? A heartbeat so slow that no one had noticed it before? Zlinszky and Barfod suggested this as a plausible explanation for their observations, nudging trees one step further toward the animal kingdom.

We do, however, find a great deal of sensitivity in a completely different part of the tree: its roots. At this level, the tree works its way through the ground with its root tips, which contain brain-like structures. The root tips feel, taste, test and decide where and how far the roots will travel. If there is a stone in the way, the sensitive tips notice and choose a different route. The sensitivity to touch that tree lovers are seeking is therefore to be found not in the trunk but underground. If it is possible to make contact, the roots would be the first place to try. However, they like neither pressure nor fresh air – and so there’s no point exposing these tender structures, because even 10 minutes in the sun spells death for their tissue. 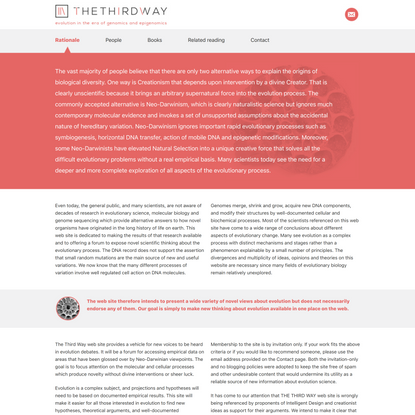 Home | The Third Way of Evolution

Trees transpire chemical compounds. We are subconsciously aware of these compounds and we respond with changes in blood pressure. The tree, for its part, is unaware of our response – after all, we are not in contact with the tree in any way. And even if we hug the tree and talk of electric fields, which is one way we could mutually affect each other (because plants, like us, function partially by transmitting electric signals), there is still one huge obstacle: time. Trees, as we all know, are awfully slow. You can multiply the time it takes you to make contact with the tree by 10,000 to find out when you can expect a response.

Peter Wohlleben came to a similar realization while working his job managing an ancient birch forest in Germany. He told the Guardian he started noticing trees had complex social lives after stumbling upon an old stump still living after about 500 years, with no leaves. “Every living being needs nutrition,” Wohlleben said. “The only explanation was that it was supported by the neighbor trees via the roots with a sugar solution. As a forester, I learned that trees are competitors that struggle against each other, for light, for space, and there I saw that it’s just [the opposite]. Trees are very interested in keeping every member of this community alive.” He believes that they, like humans, have family lives in addition to relationships with other species. The discovery led him to write a book, The Hidden Life of Trees.

In Waorani, things are described not only by their general type, but also by the other beings surrounding them. So, for example, any one ceibo tree isn’t a “ceibo tree” but is “the ivy-wrapped ceibo,” and another is “the mossy ceibo with black mushrooms.” In fact, anthropologists trying to classify and translate Waorani words into English struggle because, Haskell writes, “when pressed by interviewers, Waorani ‘could not bring themselves’ to give individual names for what Westerners call ‘tree species’ without describing ecological context such as the composition of the surrounding vegetation.” 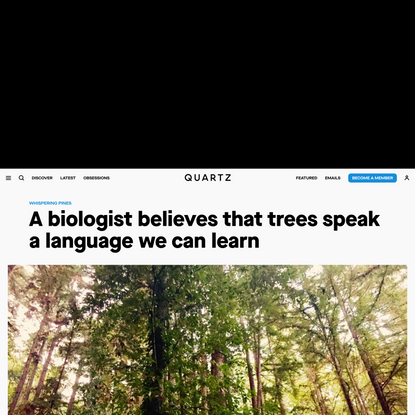 A biologist believes that trees speak a…
Join Are.na to follow Influencers in The Wild
Sign upExplore