All models are wrong. Some are useful.

The survival of volition is the most important thing, as it is the only necessary condition for the existence of importance.
https://twitter.com/trylks/status/968630956499374087

I saw religion as a just a different model for survival and it made the world make sense. I am now framing our microbiome as angels and demons trying to sap our life force if we 'sin' against them. They are not always mutualists and will kill us if it protects their herd.

Our Microbiome has just as many social and evolutionary forces acting on them too... Maybe you want to live, but your gut wants you to die? Operating under this model I found out that they seem to play a role in cellular apoptosis

Now, i'm not saying this model is right, but it does seem to be useful. Demons or various imp-like anthropomorphisms of disease and illness seem to be a cultural universal. And most rituals involve 'cleansing agents' that are full of antibiotic terpenes.

Take for example the 'demon' Shabriri... https://en.wikipedia.org/wiki/Demon#Mesopotamia who lived in the water and caused blindness.
>There also existed a demon of blindness, "Shabriri" (lit. "dazzling glare") who rested on uncovered water at night and blinded those who drank from it.

This sounds like the parasitic worm Onchoceriasis - which causes 'river blindness' https://www.lenntech.com/library/diseases/onchocerciasis/onchocerciasis.htm

A cultural ritual that was mapping the territory of disease thru story and oral tradition. Rejecting it outright seems like a bad idea.

NOMAD – THE DELEUZIAN CONCEPT OF THE NOMAD:

“The nomad has a territory; he follows customary paths; he goes from one point to another; he is not ignorant of points (water points, dwelling points, assembly points, etc.). But the question is what in nomad life is a principle and what is only a consequence. To begin with, although the points determine paths, they are strictly subordinated to the paths they determine, the reverse happens with the sedentary. The water point is reached only in order to be left behind; every point is a relay and exists only as a relay. A path is always between two points, but the in-between has taken on all the consistency and enjoys both an autonomy and a direction of its own. The life of the nomad is the intermezzo. (380)”

Language is a linear compression format that lazily describes implicit causal association maps via a system of gossiped meta-narrative templates.

These templates are biased by our attention and awareness of another's attention. Adaptive to the needs at hand. These can be artifacts such as words, but also phrases and idioms which have been previously imbued with meaning.

The communication via language has error checking features that are adaptive to the various channels by which information is conveyed. It is constantly being honed thru a series of internal compression systems that mirror how ant forage and compress their maps by operating on it.

This compression often happens during sleep and has been investigated partially thru Hebbian Learning theory, and is inherently Bayesian because it is fundamentally a signal processing system trying to process itself.

Dreams are your brains adversarial networks running while the main mode of movement is shutdown, used to simplify the networks of thought based on a sort of simulation of experiences. Its necessarily done in offline mode because thoughts are not always relevant at the moment.

While the brain dreams the narrative self is quiet and 'the elephant in the brain' dances.

"Harris clearly believes that dangerous knowledge will be discovered whether we want to or not, and we need to be able to handle it. So he wants to compartmentalize. He wants to break the connection between heredity (and whatever specific information about it we will discover) and the political ideologies it’s thought to funnel power to. His (decoupling) position is that it the link can be broken by assertion, and that’s what he does, many times, in his conversations with Murray and Klein.

The contextualizing position is that you can’t just cut the link, because that creates a narrative vacuum and the link will just repair itself as soon as you look the other way. There needs to be something there to make sense of the data and integrate it into a meaning-making story.

If you want to stop certain flows of support from scientific results to narratives you can try right at the source and make everyone keep quiet — the contextualizer’s solution. Or you can try to cut if off mid-stream by loudly rejecting the validity of the implications — the decoupler’s solution. But none of those are stable. If the source claims are true shutting them down is not a workable or acceptable option, but they do have to go somewhere. Potent ideas not integrated into any ideology is the conceptual equivalent of free radicals: they’ll find something to react with. This is underappreciated by the decoupler.

A compromise is to reroute the flow towards other narratives. That takes more work and it’s harder to feel successful in the short run, but it’s a far better and more stable long term solution."
https://everythingstudies.com/2018/05/25/decoupling-revisited/

Decoupling social contagion to break in…

Adventurous so far to say that theory of Mind deficits are actually the inability to abstract over human black boxes.

In a lot of my tweets I'm actually dancing around this idea but using the context of maps and territory as a frame of meaning. As an elegant analogy. this idea is that meaning itself is encoded in a sort of spatial network and perhaps is a core aspect of how our brains are wired due to the way that we evolved as tribes of social foragers.

Imagining stuff like reputation among group mates as a sort of network map that we keep in our heads. And then we use gossip as a way to disseminate parts of our own understanding into other people's heads.

And then also things like maps of the way different ideas relate to each other. There's a strange tribe I was reading about whose sense of direction is different than most people's and manifests in their language. that suggests that there might be some genetic underlying that makes it easier for them. This idea that underlying sensor apparatus built into us bias the way that we use and communicate language seems like a really powerful idea.

Other areas where I think there's an overlap between genetic predisposition and language is stuff like intentionality. Entire languages seem to differ on how they present knowledge of what other people believe or think.

I think to a certain extent most of these skills are something that's within everybody (genetics aside), but life experience and predisposition change the way it's expressed, and perhaps the strength of its expression in the brain. Like autistic people tend to focus on details more than the larger picture, but also if you're depressed or anxious that tends to be biased toward details as well but perhaps not as strongly. The idea that certain group members would specialize in a different kind of sensory apparatus, is quite common among other social animals but I think we don't see it in ourselves because the way that we relate to each other is blinding us to this fact.

Blur your eyes enough and you start to see personality tropes as a sort of loose mapping of these features and the way they interact. I mean you could say that they're all on a spectrum, but that doesn't mean that they're evenly distributed in the population. Certain combinations would be more useful in some contexts because they bias attention norms.

Simple example is the strange duality of needing to be part of a community or heard to cooperate when resources are low, but also needing to Buck the trends of the herd when there in a death spiral or some other local optima that's not efficient.

I've been playing around with the idea of inferential distance in this context. The idea is that different people perceive the world through entirely different lenses and you have to stretch yourself and Imagination to map their meaning. I used to refer to this as making models of other minds, but now it makes more sense to me to think about it in terms of a different style of map. If you navigate at night it makes no sense to map the mountains or the trees or valleys, it's much more useful to map the Stars. What kind of map is more useful depends on your context. And comparing these Maps together is going to be a lot harder because there's literally going to be no similar landmarks between them even though they're technically mapping the exact same space.

This plays interestingly because the map that somebody chooses to use is largely a result of what they see other people using. At least in terms of needing to communicate ideas. I mean you learn how to draw maps from your parents and then learn to draw better maps in school but school also biases the kind of maps you can draw because of the nature of it being a moor.

People like me who have an inherently different wiring in my brain compared to most, end up drawing maps that other people find hard to interpret. But that's because I'm not seeing the forest I'm seeing the trees and drawing them and intricate detail. The things that I pay attention to the map my universe are not as useful to others whose brains don't record the environment quite the same way.

Put me with somebody who has the same wiring and has shared a similar environment, and our maps are much easier to communicate with each other. In some sense that's what I'm trying to do online is find people who have similar maps. Maybe not the same kind of territory being mapped, but similar styles of glyphs and detail and semantic meaning that stem from in innately different wiring. Or another way to put it perhaps is I'm looking for people who use the same tools to draw their map.

And that's why we have tales about ugly ducklings who grow up to be beautiful swans.

Among certain Beetle communities, particularly the dung beetles, there's an odd situation that happens where certain kinds of dung beetles will steal the poop away from the others. One defense against this is to avoid rolling away the poop until it's darker and you can't be seen. This feedback loop between dung beetle society means that there are some dung beetles who navigate entirely by Starlight. But I imagine also that it wouldn't be too hard for a community of Starlite Beatles to evolve back into a sunlight version once that evolutionary pressure goes away.

I often wonder if the Beatles harass each other for not being able to see good in the dark. This weird Behavior would lead to beetles navigating in different levels of light because they didn't want to be harassed by the other Beatles. It would be a natural way for a community of similar competing goals to spread out their resource gathering over time to avoid congestion and also avoid creating hotspots. Hotspots that would act as an attractor to evolving the robber Beatles.

Seeing someone else's map that is similar enough to the one you drew in your imagination that you hallucinate the missing parts. Spatial/conceptual synethesia. 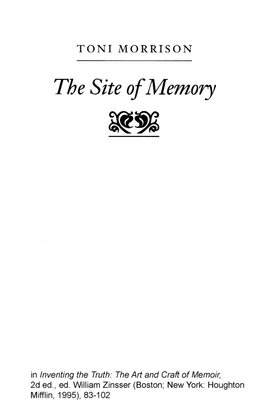 "It's the spectacle, I think, that makes a disaster a disaster." 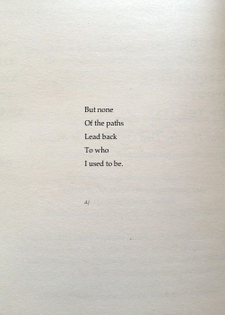 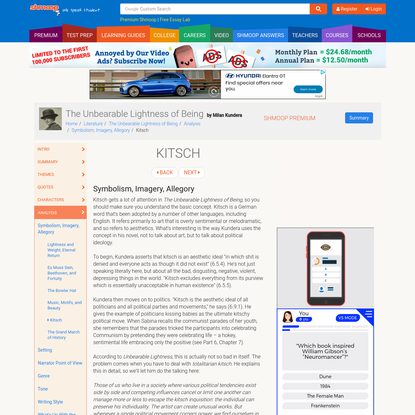