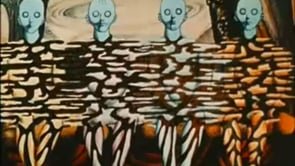 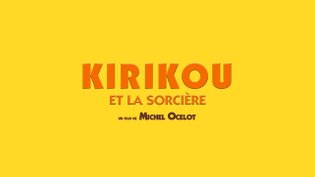 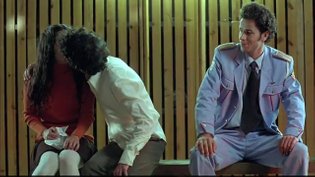 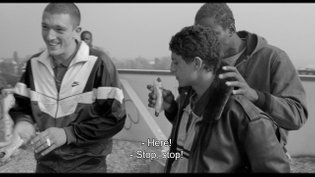 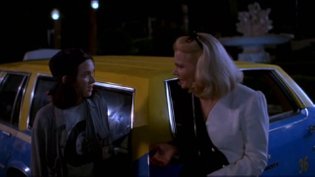 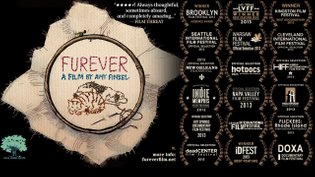 "Market value is calculated using economic factors such as purchase price, special training, pedigree, and age of the animal. If an animal is negligently injured or killed, using the fair market value standard, an owner would be eligible to recover the amount for which the animal could have been sold on the open market. So, if your animal is a purebred for whom you paid thousands of dollars, you could potentially recover that purchase cost. However, if you adopted your mixed breed dog from a shelter, his or her economic worth would be minimal, especially if the animal were older. The market value standard only allows recovery for the cost to 'replace' that animal (as with other types of property) and does not take into account the value of the special relationship that may exist with that unique animal. Most courts have been unwilling to see beyond the traditional notion of 'market value' for the loss of a pet, despite their evolving social status (Favre 2003)." 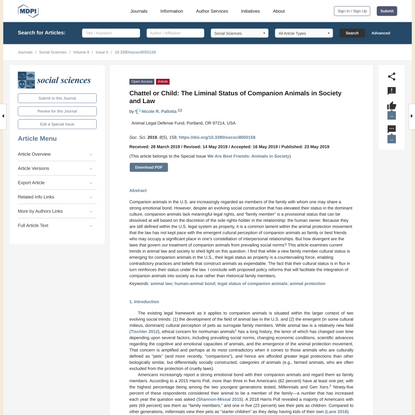 Chattel or Child: The Liminal Status of…

"Domesticated cats, which traditionally bore the contempt of the public for their perceived moral inferiority, suddenly found their status dramatically elevated after the state began encouraging keeping them in homes. This prompted the import of cats from overseas, and the value of cats increased. Cat shops appeared in areas like Asakusa Senzoku and Honjo Matsukura-machi, and were extremely profitable.

However, the sequel to this story of the encouragement of keeping cats is rarely discussed. In fact, this encouragement did not continue long. The end of it all coincided with the emergence of rat poison. In particular, the brand that dominated the market was 'Neko Irazu' (No Need for Cats). Incidentally, if you read through newspapers from the time period spanning the Taisho (1912–1926) and Showa (1926–1989) periods, you will frequently come across headings referring to 'cat suicide.' This, of course, is not the title of articles reporting on actual cats committing suicide. They were stories of people who committed suicide using Neko Irazu." 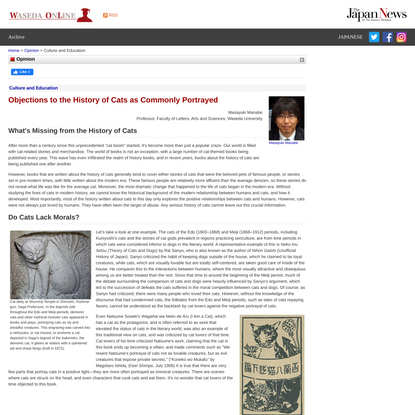 Objections to the History of Cats as Co…
+35 more blocks
tempo, temporalities, & time machines
by Seán ⠀
33 blocks • 2 days ago

From the outset, smart media technologies seem to create an increasing desynchronization of the different modes of prison time. For the individual inmate, the experience of doing time is often one of slowness, routine, waiting and the general – and intentionally created – feel of time (one’s individual life-time) as inhibited or put on hold. The smart digital technologies increase, on the contrary, the pace of data collection and processing that is – and always has been – a part of how time is ‘done’ to the inmates. When procedures of gathering and making sense of data is increasingly automated and integrated in smart systems, they can furthermore produce immediate results and actions.

Since a multitude of different kinds of data is not only collected but also stored and continuously analysed, and since smart systems rely on predictions from past patterns, this temporal dimension becomes increasingly important for the management of incarcerated individuals and the predictions of their future that is used in attempts to rehabilitate them and help them adjust to a future life outside of the prison. Paradoxically then, the speeding up and increased efficiency that is promised by smart technologies reinforces the experience of trapped temporality of incarcerated individuals, while they remain objects rather than subjects of emerging temporalities of smart technologies and hence are included in ‘the digital imperative’ only one-sidedly." 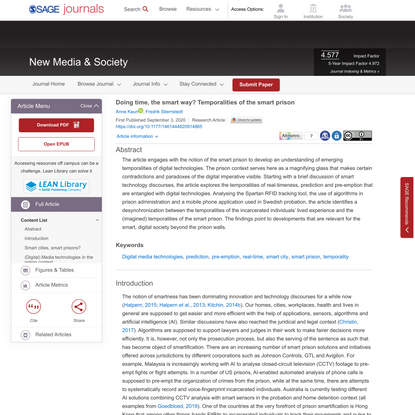 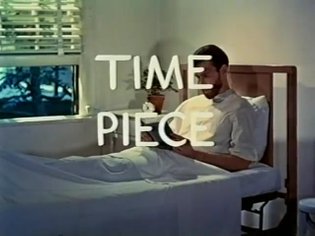 "Strictly speaking, a clock is an automaton. The notion of an artificial human figure—an 'android' as it has come to be called—derives in part from the tradition of the striking jack in the great medieval town clocks, in which the hour would be sounded by a mechanical figure springing into motion with a hammer and gong. That this employment once fell to a living person, the town watchman, suggests that here were our first labor-saving robots." 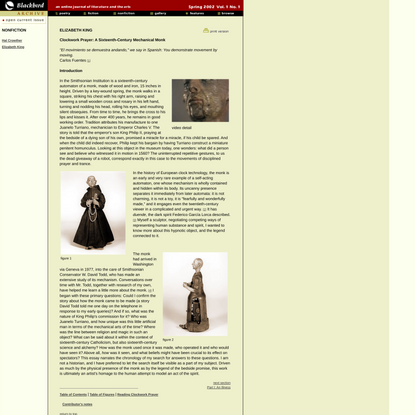