originally written as a response to a question about cannabis use and impacts on fungus.

I was personally taking a small dose of THC via tincture every day after learning about people getting medical cannabis for muscle spasticity in Multiple Sclerosis. I live in Vermont (USA), so the product was gifted to me and legal per recreational use laws, so have had the luxury of experimenting with it without a medical use license.

I do not know enough about the vape based methods to comment as I've had such good luck with the tincture form I haven't needed to explore that space. The nice thing about a tincture is you can dose it consistently, without worrying about over-doing it like might occur with smoking a cigarette form of it. It also avoids activating immune reactions from the smoke in the lungs.

As I understand it, it's not much different from how you make cannabis infused butter, with a decarboxylation step being done first as apposed to depending on the heat from the smoke as happens in the smoke based methods. In this case I happen to know roughly the specific % of THC in the mixture due to the strain being lab tested before produced. I've read that some people have been using chocolates or baked goods as a way to dose more consistently, which might be a good alternative.

Here's a summary of what I've learned while exploring this space, as it relates to gut and fungal infections:

There's some research on Cannabis causing improvement via impacting levels of akkermansia muciniphila in a mouse model of Multiple Sclerosis. It seems it can be helpful because it promotes mucus production - which is what a lot of the gut bacteria live within to protect them from the stomach acids & bases that live in the the gut. But while it does seem to promote gut health somehow in some people who have gut dysbiosis, the way that this interacts with other dietary and medicinal factors (or existing ecosystem) is still being researched. So its hard to say if this effect will work for your particular set of problems.

Interesting, I did find that it seemed to improve my IBS symptoms as well, which seems to be also a promising area of research. In particular, there are lots of explorations of how that akkermansia muciniphila impacts things in Experimental Colitis. That this happened may be due to interesting overlaps with the conditions and may be unique to my experiences here, so I can't be sure how consistent this is for everyone.

Now, if these things are directly related to fungal infection, I can't exactly say for certain. Tho there does seem to be recent research to suggest it may be possible. I do find it interesting how much money is being put toward experimenting with anti-fungal pharmaceuticals to combat crohn's, targeting a bunch of different fungal types that may be causing symptoms.

Now, does cannabis use impact fungus? Results seem to be both ways. With high cannabis use being associated with fungal infection. But there are also interesting connections between various cannabinoids and a reduction in dermatitis associated with Malassezia. It is known that smoking it can sometimes cause fungal infections simply from contamination, which is a factor that also shows up in tobacco use.

I am not a doctor myself, so I can't make any authoritative claims, but my view is that the fungal effect may be a dose dependent response, with the risks being driven by high levels of use, particularly with how cannabis use interacts with the immune system. Sadly, given how recent western medical science has even been allowed to study cannabis, it is hard to find anything definitive here.

My personal goals involve figuring out why my body isn't producing endocannabinoids naturally. I view the THC use as a temporary crutch to help me alleviate symptoms long enough to get back on my feet (in this case, literally), and learn what I can improve in my diet to make the THC use unnecessary. The most exciting thin on my radar right now is seeing microbiologists exploring THC/CBD and it's impact on biofilms production from fungal/bacterial cooperation. This is where I'm hoping to see significant advances as it relates to medicinal plant's action on the space of microbiology.

Sorry I can't give more direct answers, but hope this helps you get a better understanding. I will say I am very excited to watch the research unfold myself. I am hopeful this space will improve quickly as there are so many avenues where cannabis and microbiome interact, and my own self-experiments here have born fruit.

For my own issues it has been very easy to gauge my body's responses to cannabis by simply tracking bowel movement frequency/quality and the stability of my gait, but I doubt this is as easy for everyone. If your care practitioner is helping you on this journey, I would suggest talking to them about possible impacts here and figuring out a way to check if it's working or not for you.

I figured out how this works.

"killed established S. aureus biofilms in an in vitro model of soft tissue infection and killed methicillin-resistant S. aureus (MRSA) in a mouse chronic wound model. While the remedy contained several ingredients that are individually known to have some antibacterial activity, full efficacy required the combined action of several ingredients, highlighting the scholarship of premodern doctors and the potential of ancient texts as a source of new antimicrobial agents."
https://www.ncbi.nlm.nih.gov/pmc/articles/PMC4542191/

It's pronomoting a commensal soil bacteria by helping it destroy biofilms. It's the same bacteria ants use to keep their colony free of fungus. It's the bacteria that we derived streptomycin from.

1000 year old recipie that I think should cure most fungus infections tied to autism and crohn's.

Trying to find out how to locate dirt with the bacteria. It shows up everywhere there is soil said to heal wounds. I think it might also be promoted by holy water.

There are so many folk ideas about mixing dirt and garlic. It turns out you need to prepare the garlic in a certain way, and use the right kind of dirt.

According to local belief, the soil from a churchyard in Boho can cure infections. A microbiologist who took samples to see if there was any scientific basis for the cure has made an astonishing discovery. Dr Gerry Quinn found a unique strain of streptomyces, a microorganism used to produce antibiotics.
https://www.bbc.com/news/uk-northern-ireland-46651702

I've been trying to figure out why my scars went away. It turns out scar tissue formation is one of the main reason why wound don't heal properly.

So I've been able to discover that bacteria impact wound healing. I think I'll be able to regrown limbs if I can figure this out.

I already found a bacteria found in baby poop that promotes bone growth. It's used in an ancient korean bone healing cure.

I just have to find an environmental source of it, or something similar.

The big problem is that yeasts and funguses seem to produce biofilms that impair normal wound healing. They feed off the nutrients the body tries to send to the wound site, so the body decides to scar tissue instead.

Fight that process and the natural wound healing system can reinstigate. Which means promoting immune function and recruiting commensal bacteria/fungus.

This can be traced directly to sonic hedgehog signaling pathways and other organ development Genes' expression.

Lots of hints in literature that autistic types have weird body shapes and higher rates of congenital deformities. It seems Sonic hedgehog causes autism by influencing the way the brain develops. Suggests maternal immune function and infection by fungus are a proximate cause. This interaction is why I keep finding gut bacteria involvement. 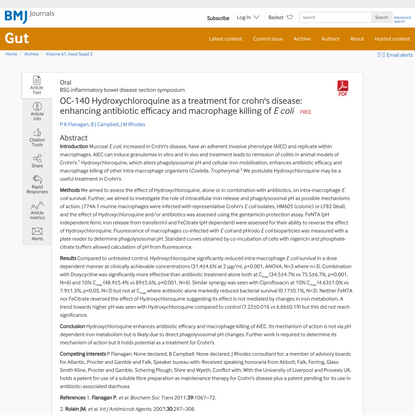 OC-140 Hydroxychloroquine as a treatmen… 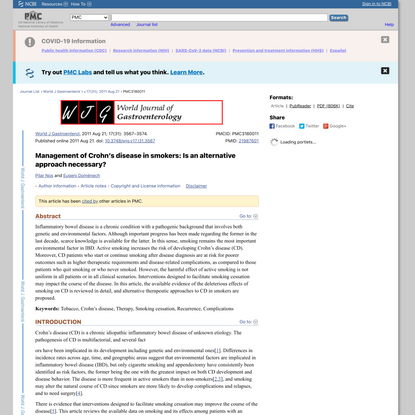 Management of Crohn’s disease in smoker… 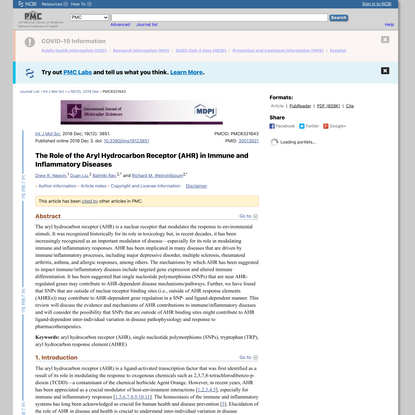 The Role of the Aryl Hydrocarbon Recept… 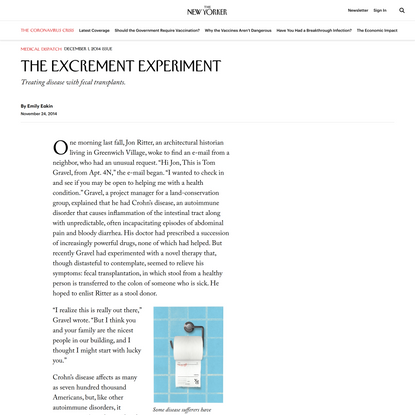 I've yet to read anything about that space by dlx5dlx6 that I didn't like.

TL;DR: oxalates are normally bad, but the ability of the body to metabolize them is complex, and may serve a bunch of purposes related to immune function.

I struggle with oxalate foods. All the pro-carnivore pro-meat types tend to avoid them like the plague because it cause GI inflammation. I think this is for a good reason. However, no one talks about how you can just ferment the food externally to get rid of them. I handle kimchi just fine.

So there is def a problem in that space, but I'm not a fan of the existing discourse around it.

I think a lot of the symptoms of autism I personally face are driven by dietary issues tied to GI 'comorbidities'. Even my sensory processing issues are reduced to barely a nuisances when my gut isn't having trouble.
Researching that space of ideas is the origin of this joke:
https://twitter.com/ultimape/status/1296116866075828225

I agree this phenomena are likely causing many instances of chronic fatigue by the same measure, either directly thru immune activation just simply draining the body of energy over time, or indirectly via poor absorption in the gut.

My hunch here is that natural oxalate production may be one of the triggers for clearing out the GI tract to prepare for hibernation states.

Killing gut bacteria thru inflammation leads to odd responses in the GI tract regarding food absorption. I seem particularly prone to it due to crohn's genes / IBS. These have huge knock-on effects on absorption of nutrients, and given serotonin itself is one of the chemicals that is involved in waking up, having lower production in the gut (90% of the body's serotonin is made by the gut!), might be a huge lever.

My mom's fibromyalgia symptoms lessen when she started eating better and it looked to be due to this process https://www.verywellhealth.com/serotonin-in-fibromyalgia-chronic-fatigue-syndrome-716052

Grazing animals also suffer from this problem, tho they are much better able to deal with higher levels of oxalates simply because they are more effective at digesting them with their gut bacteria.

A lot of older methods of fermentation seemed to have been done using cow stomachs, and may have been the origin of cheese (using cow stomach to store milk). I've been trying to trace this in more detail. I find it fascinating that many carnivorous animals will also eat the contents of the stomach of the grazing animal.

Was shared this recently, but had previously suspected something like it involved in early cooking methods.

"Have you seen this https://earthwormexpress.com/the-prehistory-of-food/in-prehistory-we-ate-fermented-foods/ many cultures used to eat fermented meat, or drink directly from the stomachs of deer."
https://merveilles.town/@faun/106790734875397582

Shows up in how wine was made classically in a flask made from a skin of an animal. For some weird reason wine will eat thru the skin unless the wine is aged in the skin itself. Something seems to cause a hide-tanning like reaction. Easy to see how we'd have discovered that by accident by storing grapes in leather sacks.

Doesn't boiling vegetables also reduce oxalates, albeit not as much as fermentation?

But that has other problems with actually losing other things you do want, and can impact fats quite a bit.

Fermentation is a better alternative to boiling IMHO because it tends to produce more healthy SCFAs and vitamins vs destroy them.

Lots of traditional cooking methods use the soup base/broth and many breads were meant to absorb the broths. Tons of minerals are lost into the broth and are super important (especially if your GI tract has trouble with absorbing them anyway).
https://twitter.com/ultimape/status/1425751312881307656

Fermentation has an added benefit of inoculating your GI tract with bacteria that can eat the oxalates your body is producing on it's own. 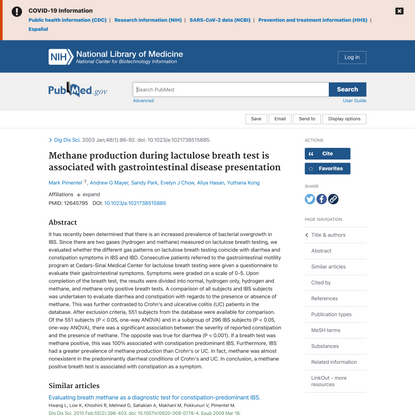 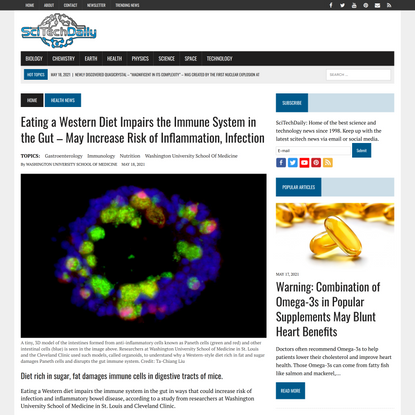 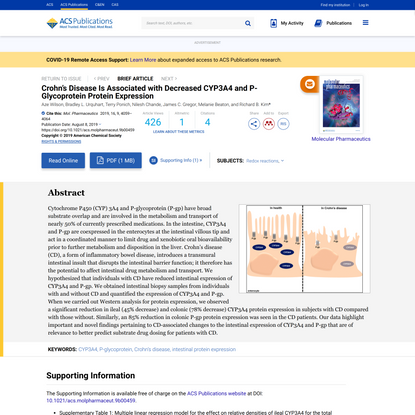