research ingredients, some fresher than others 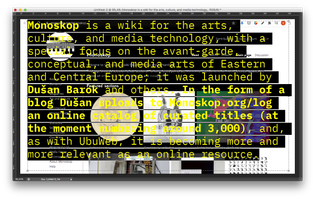 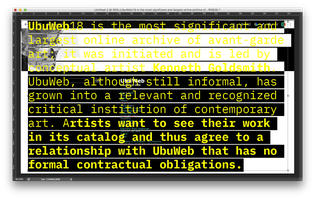 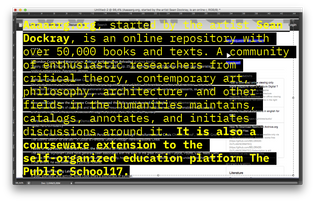 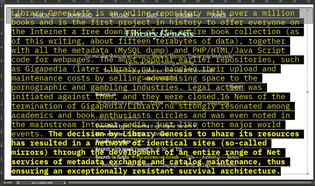 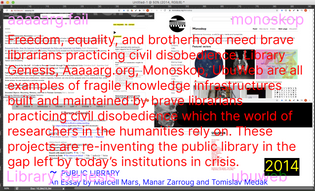 📒 memory of the world / public library

FROM WEAK TIES TO ORGANIZED NETWORK

some questions for networks

Scaling up or down
To stay active and vibrant, should a network scale up? What does growth mean to the core of dedicated contribu tors? Sometimes, for no obvious reason, networks remain too small. Research has shown that a network with 50-150 active members can go on for many years. So, is expansion always the answer to a stagnated network? What procedures and policies should groups institute, if at all, to integrate new participants? What role do conferences and face to face gatherings play in allowing networks to scale? Sometimes networks just need time, often years, to find their productive synergy. However, the massive involvement in Web 2.0 platforms and social networks indicates that the critical mass is reached much sooner now than five or ten years ago. Internet culture is now mainstream culture. Social mobilization is carried out so much easier these days. Networks can be fooled by the erratic ruptures of today’s online engagement. Are large networked conversations, with sometimes over five hundred participants, doomed to fall apart? Would ‘small is beautiful’ be the correct response to the Facebook masses? Dealing with conflict

Dealing with conflict
Networks can get caught up in recurring instances of social conflict between participants (e.g. flamewars, territoriality), which can lead to the collapse of the larger network. How do we overcome such obstacles? Is it enough to let some time pass? Is it a good idea to bring in new people, hoping they will overrule the ongoing differences? What role might codes of conduct or other procedures play in mitigating these types of interpersonal conflicts? In the era of ‘trust’ conditioned by information overload it has become extremely easy to unsubscribe, filter out people you do not like, ignore e-mails and leave networks. What is the consequence of this for the potential of online environments to not only resolve but also raise and work through conflicts? Moreover, there is enormous research to be done on the geocultural variations of how conflict manifests itself in networks. Sure, networks are often international, but with this comes vast cultural differences in how to negotiate in the event of conflict. Indeed, a topology of conflict prevails across the culture of networks. In other words, conflict is often mutable in form and affect. People have different ideas about what it is and when it has happened. So how is a network going to deal with this on its own terms, let alone when it enters in relation with other organizational forms?

Collaborations
How do organizations form alliances and collaborations with other like-minded groups? What coalitions are possible? How to relate to the brick and mortar institutions? Is membership an option? How does this relate back to the question of finance and legal structures, but also to the modes of relation that define the network? Collaboration has become one of those terms ubiquitous to the age of networks and, it must be said, the ideology of neoliberalism. Across the spectrum of institutional forms, budgets are cut and organizations find themselves forced to pool resources, engage in ‘knowledge-transfer’, multiply the outputs or productivity of labor force through syndication (in the worst cases) and grapple with the reality of international cultural and communicational flows. It is no wonder that for many, collaboration is a dirty word. There is no doubt that it takes time and energy and is prone to failure. So why would networks bother to go anywhere near this sort of engagement with the unexpected? Well, for a start, collaboration has been a default condition of networks ever since they emerged within online settings. While the horizontality and distributive structure of networks tends to invoke excessive celebration and to lead to frequent analytical error, however, it can be said that it has facilitated modes of relation that engender collaboration. What, after all, is a network without a relation? As we see it, the power of collaboration lies in the capacity to renew networks and feeds into processes of scalar transformation. At the level of organizing networks as emergent institutional forms, the practice of collaboration forces networks to address related questions of governance and the constitution of protocols, whether formal, informal or both.

Suppose you hope your network will survive more than a few years. It is fun and you all develop the right vibe. There are tons of plans. Would writing a grant proposal be the way to go? Most networks do not have a legal structure. However, you need to become a legal body in order to enter the money economy or funding systems. Online networks also have to deal with money, even if it is just site hosting and the cost of a domain name. It is a farce to believe everything can and will be free of charge. What then, are the most suitable legal forms for distributed collaboration? What if you do not want to have a board, or a director? Or on the contrary, what if you are tired of the ‘terror of the casual’? Is the legal road a way out, or the perfect recipe for disaster? Can we escape such predicaments? Would it be possible to operate as a parasite institute? Piggyback on an existing NGO? Or even snatch a (dead) legal body? Perhaps there are unexpected opportunities in the society of fakes.

The politics of culture
What role might culture – interpreted loosely – play in the constitution of networks? Free and open source software emerges from and helps consolidate geek culture, whose history precedes this mode of production and which may account for the strength of these particular networks. Are similar dynamics at play with other networks, or is this not the case? Moreover, there is a political side to these networks, which ranges from anarchist/left to liberal/reformist. How do these political philosophies shape the constitution of these networks? What sort of political and institutional prehistory might register the continuum of political culture in networks?

Ownership and copyright
While there are current alternatives to copyright (such as copyleft licenses and those of Creative Commons), what are the limits, pitfalls, and problems in implementing these or any other legal solution for creative and knowledge production? The core lies at the level of the individual participant, and the ownership over his or her ideas. If the network accepts the idiom of intellectual property, what are the models that allow personal attribution as well as award recognition for the group effort? Is it is a major issue for the network to have legal discourses pressed upon their mode of production? How might the genre of creation (e.g. software versus photography) change the efficacy of current alternatives?

Software and the technology fix
What tools are suitable for collaboration? What are the limits of current communication protocols (i.e. e-mail, mailing lists, web pages, social networking sites)? What new tools are being created to address the needs? How can we keep the network together without getting caught up in difficult or differentiated channels of communication? How does a network of non-experts learn a new language of programming? Is this an opportunity to expand the network, invite the experts in, or is this an occasion of getting to work and acquire new skills? Perhaps both are necessary. Either way, it seems the software question has to be addressed for those networks wishing to enter the world of open source cultural production and political invention.

Dissemination
What type of publications and series can be developed? Without too much trouble, networks jump into the grey zone between print and online publications – what are the opportunities here? The question of labor, again, has to be central in any strategy of dissemination. Who will do the work? For a publication you need designers, writers, coders, editors, copyeditors, readers, and so on. Many publications in the field of network cultures are available free of charge, and regarding sustainability and finance issues, this becomes a problem that somehow has to be addressed. Piggybacking off other institutional forms – whether they be universities or cultural organizations – is a common practice that helps relieve some of the problems around resources and expenditure. The process of dissemination, like that of open source programmers, is something done outside office hours. But this does not really help advance the development of networks. Sooner or later this position is going to wear thin. One of the main reasons to keep up the practice of dissemination is that it often serves as a binding force for networks and their participants. A collective memory is important to all institutional forms and social pleasures.

Definitions and typologies
Winter Camp’s overall aim has been to strengthen the network(ed) form of organization. It might also be important in this context to go back to basics and to ask how an (organized) network defines itself. What could a network institution look like? What are its dynamics and how might it become a source of power vis-à-vis the production of new standards and social relations? What forms of reflexivity and translation are part of these modes of relation? How does the network learn to institute sharing, democratize its own production of expertise, establish collaborative forms of decision-making and address the question of borders? 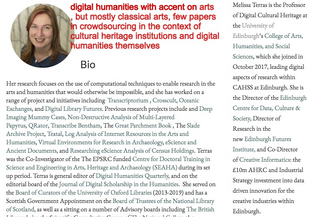