By the end of the sixties, the division of the world into bullies and victims had become an article of faith for much of the counterculture

"From the beginning of civilization until the industrial revolution a man could, as a rule, produce by hard work little more than was required for the subsistence of himself and his family, although his wife worked at least as hard and his children added their labor as soon as they were old enough to do so. The small surplus above bare necessaries was not left to those who produced it, but was appropriated by priests and warriors. In times of famine there was no surplus; the warriors and priests, however, still secured as much as at other times, with the result that many of the workers died of hunger. This system persisted in Russia until 1917, and still persists in the East; in England, in spite of the Industrial Revolution, it remained in full force throughout the Napoleonic wars, and until a hundred years ago, when the new class of manufacturers acquired power. In America the system came to an end with the Revolution, except in the South, where it persisted until the Civil War. A system which lasted so long and ended so recently has naturally left a profound impression upon men’s thoughts and opinions. Much that we take for granted about the desirability of work is derived from this system and, being pre-industrial, is not adapted to the modern world. Modern technic has made it possible for leisure, within limits, to be not the prerogative of small privileged classes, but a right evenly distributed throughout the community. The morality of work is the morality of slaves, and the modern world has no need of slavery."

Lasch’s heirs lack the components that make him interesting, such as his political unpredictability, his immense interdisciplinary learning, and the undercurrent of anger that his erudition concealed.

A document so broadly worded on humanist principles is hard to contest unless you’ve acquired enough antihumanist theory (structuralism, deconstruction, etc.) to go fishing for the cultural dominance predators that swim beneath the lake of “freedom.”

I entered college bright-eyed and bushy-tailed but directionless. I had a vague idea that maybe I would become a lawyer but no real commitment to it. What I did have a commitment to was pleasing the adults around me. And that meant mirroring their career choices. It just so happened I was surrounded by professors.

Does Britannia, when she sleeps, dream? Is America her dream?-- in which all that cannot pass in the metropolitan Wakefulness is allow'd Expression away in the restless Slumber of these Provinces, and on West-ward, wherever 'tis not yet mapp'd, nor written down, nor ever, by the majority of Mankind, seen,-- serving as a very Rubbish-Tip for subjunctive Hopes, for all that may yet be true,-- Earthly Paradise, Fountain of Youth, Realms of Prester John, Christ's Kingdom, ever behind the sunset, safe til the next Territory to the West be seen and recorded, measur'd and tied in, back into the Net-Work of Points already known, that slowly triangulates its Way into the Continent, changing all from subjunctive to declarative, reducing Possibilities to Simplicities that serve the ends of Governments,-- winning away from the realm of the Sacred, its Borderlands one by one, and assuming them unto the bare mortal World that is our home, and our Despair. 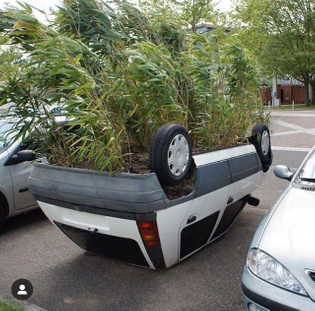 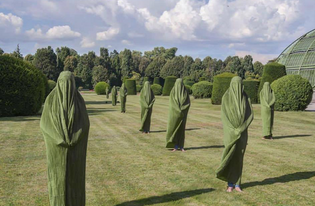 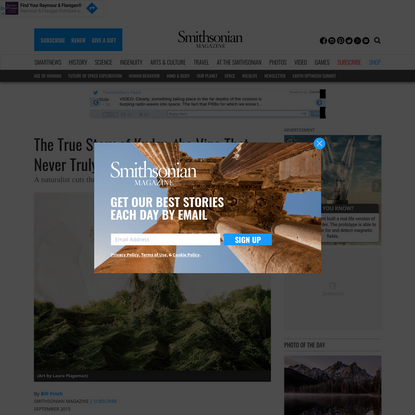 The True Story of Kudzu, the Vine That …

"The way a schizo scrambles the codes, ruptures the expected, etc., can help nonschizos or neurotics think about and conceptualize something radically different and new, something in touch with the outside, etc." (DC Barker)

...but we cannot conceal the fact that she was now a very indifferent witness to the truth of what was before her and might easily have mistaken a sheep for a cow, or an old man called Smith for one who was called Jones and was no relation of his whatever. For the shadow of faintness which the thumb without a nail had cast had deepened now, at the back of her brain (which is the part furthest from sight) into a pool where things dwell in darkness so deep that what they are we scarcely know. She now looked down into this pool or sea in which everything is reflected—and, indeed, some say that all our most violent passions, and art and religion are the reflections which we see in the dark hollow at the back of the head when the visible world is obscured for the time. She looked there now, long deeply, profoundly, and immediately the ferny path up the hill along which she was walking became not entirely a path, but partly the Serpentine; the hawthorn bushes were partly ladies and gentlemen sitting with card cases and gold-mounted canes; the sheep were partly tall Mayfair houses; everything was partly something else, and each gained an odd moving power from this union of itself and something not itself so that with this mixture of truth and false-hood her mind became like a forest in which things moved; light and shadows changed, and one thing became another.

Returning home, she saluted each star, each peak, and each watch-fire as if they signaled to her alone; and at last, when she flung herself upon her mat in the gipsies’ tent, she could not help bursting out again, How good to eat! How good to eat! (For it is a curious fact that though human beings have such imperfect means of communication, that they can only say ‘good to eat’ when they mean ‘beautiful’ and the other way about, they will yet endure ridicule and misunderstanding rather than keep any experience to themselves.)

Everything, in fact, was something else. 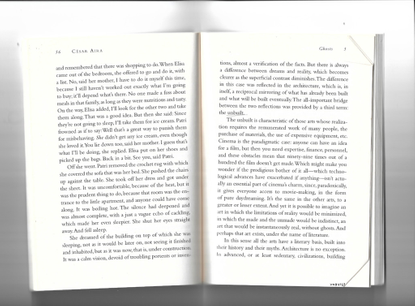 We are served by organic ghosts, he thought, who, speaking and writing, pass through this our new environment. Watching, wise, physical ghosts from the full-life world, elements of which have become for us invading but agreeable splinters of a substance that pulsates like a former heart.