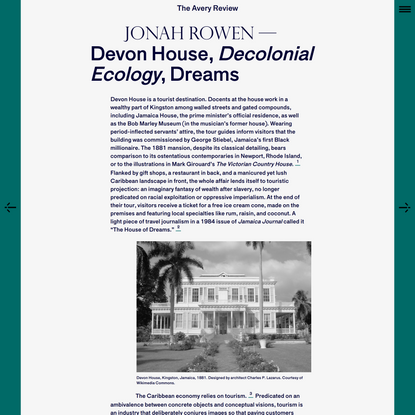 The language of historical preservation — easements, adaptive reuse, stewardship planning — might not inspire much passion. But in the mouths of Leggs and the four artists, these words become incantations. Collectively, they understand that while Simone’s childhood home is a potent symbol, it is also a century-old structure in need of maintenance and basic upkeep.

Pendleton wonders if the home might function like a StoryCorps site, providing a space for oral history and reflection. Mehretu, 51, thinks it could “offer a refuge and a space of development” for creative people. Johnson, perhaps inspired by his travels to Ghana, imagines it as a site of pilgrimage — in both the physical and the virtual worlds. Leggs understands all of these visions and more coming together as part of the enduring legacy of the home, and ensuring that Tryon, as Leggs puts it, “has a Black future.”

The community. Our people, our Hood, our ancestors.

The beat of the drums, the poetic lyrics from our pens, and the cries of our voices in blues/hip hop/soul are our marks for The Culture.

"Afrofuturism is a way of looking at the future and alternate realities through a Black cultural lens. Black cultural lens means the people of the African continent in addition to the Diaspora, the Americas, Europe, etc. It is an artistic aesthetic, but also a kind of method of self-liberation or self-healing. It can be part of critical race theory and in other respects its an epistemology as well. It intersects the imagination, technology, Black culture, liberation, and mysticism. An an artistic aesthetic it bridges literature, music, visual arts, film, and dance. As a mode of self-healing and self-liberation, it's the use of imagination that is most significant because it helps people to transform their circumstances. Imagining oneself in the future creates agency and it's significant because historically people of African descent were not always incorporated into many of the storylines about the future."

Complementary to (and often lacking in) speculative and critical design approaches such as science fiction prototyping (which uses science fiction to speculate on technology and the future), Afrofuturism facilitates a more empathic design engagement that explicitly places the often disenfranchised black voice central in the design narrative, with an intent of universal betterment through and by technology.

Woodrow Winchestor, on Afrofuturist Des…
Bruce D. Cadle, on the methodology of A…

For Bolanle Austen Peters (2018: para. 2), "Afrofuturism [is an] intersectional lens through which to view possible futures or alternate realities, though it is rooted in chronological fluidity. That's to say it is as much a reflection of the past as a projection of a brighter future in which black and African culture does not hide in the margins of the white mainstream".

It is this very notion which propels my view that the idea of Afrofuturism (and hence the future prospects for the maturing of Africa's social systems, as they are represented specifically in creative and artistic production) as that which we look to as a future target that we need to attain, is in fact a misnomer. Art Africa's 2018 edition, "The Future is Present", underscores this standpoint in several articles, employing the term "prospection"; the ability that humans have to imagine and consider possible futures (by enacting possible scenarios in the present) to interrogate art, technology, automation, and Afrofuturism (Bell-Roberts & Bell-Roberts 2018: 16-18). If then, the term "Afrofuturism" implicitly infers a vision, attitude, approach or questioning of 'tomorrow' through reified art and design production and critical inspection, yet is an expression of the thinking and ideas grounded in the present, there is opportunity for Africans to abandon this futurising in favour of the 'now'.

Sanford Biggers, in responding to Afrofuturism's relevance outside of a strictly aesthetic context, situates Afrofuturism somewhat as an epistemology, stating that "Afrofuturism is a way of re-contextualizing and assessing history and imagining the future of the peoples of the African Diaspora via science, science fiction, technology, sound, architecture, the visual and culinary arts, and other more nimble and interpretive modes of research and understanding"