"there’s a self-discovery that happens when you revisit things you’ve accumulated over a period of time. You look back and begin to recognize patterns in your own thinking." Have iPhone Cameras Become Too Smart? 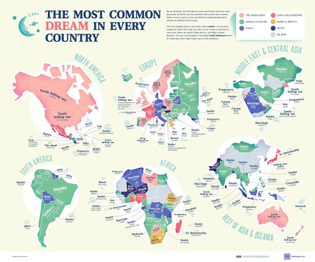 We are being sold on the need to upgrade all parts of ourselves, all at once, including parts that we did not previously know needed upgrading

For those with the appetite for such an undertaking, the historian Professor Peter Sterns provides a useful analytical framework and process: “Clarify the timing of the change, and also the scope involved - a whole society, an organisation, a particular social group. Carefully delineate the prevailing patterns before the change. Neglecting this baseline is one of the most frequent omissions in culture change analysis, yet it is essential; in defining the change itself. If the pre-change patterns are unclear (including their probable complexities), then change will almost certainly be misconstrued Characterise the change itself - a decline of magic, a new commitment to nationalism, the spread of a new religion, or simply a new level of tolerance for a previously-scorned group. This lies at the heart of the descriptive aspect of cult change analysis - including explicit contrast with the beeline patterns Asses the causes of the change  - recognising that usually several factors will be involved and that pinning the elements down precisely is often impossible. Causation can be tricky, often generating probable rather than definitive conclusions. But its analysis contributes greatly to a grasp of what the change os all about. Tis is also the category that allows assessment off formal leadership[ initiatives in spurring culture change, compared to other factors Deal with resistance and with partial continuities that combine elements of the new and the old. The scholarly term fro combination is syncretism… Explore the major consequences of culture change , often beyond the culture realm itself, and the overall significant of the transformation. This may requires consideration of other factors, besides culture change itself, in assessing overall impacts” 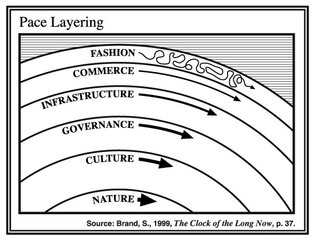 A note of caution here. Appetite, energy, curiosity, and impatience ensure that youth culture is a hotbed of innovation and experimentation on the part of both its creators and consumers. However, we’d be well-advised not to treat ‘culture’ as being synonymous with and thus limited to youth culture. Or assume that by dint of proximity, youth confers a wholesale expertise on the topic of culture. The BBC’s Strictly Come Dancing (whose 2021 final garnered a peak audience of 12 million viewers and a 57.8% share in the overnight ratings) is as much a cultural phenomenon as Lil Nas X, and warrants just as much attention and understanding. The fact is that we need to care about the middle of culture, not just what is cooking at its edges. As Alex Hesz has argued (and I repeatedly quote), it’s where scale happens: “The middle is where fame happens. Proper, your-mum-knows-about-it, fame. The kind of fame where when you walk outside the office and ask people about it and they know what you’re talking about. So much of what the advertising industry does now, if we’re being honest, fails that most basic test. Simply put, the numbers just don’t back up the extent of our obsession with the outer edges. For every limited batch craft beer, there’s a lot of lager still drunk. For every gluten free loaf, we still get through a whole load of oven chips. This isn’t about traditional purchases versus new ones, either. For every new digital platform we coo over, Facebook remains, in effect, the whole internet for approaching half of all UK internet users, while Twitter is a tiny minority pursuit.”

n his book Chief Culture Officer, McCracken (who I will cite unapologetically and liberally) distinguishes between what he terms “fast” and “slow” culture.  Fast culture, writes McCracken, is “vivid, visible, obvious, and, yes, fashionable”. By contrast, slow culture “is everything beneath the surface, less well charted, much less visible”.

About Culture
“An historically transmitted pattern of meanings embodied in symbols.” Geertz (1973)

“Culture is the man-made part of the environment” Herskovits (1948)