The Brooklyn Museum was impressive, and so far, it is the museum that reminded me of the Memorial Art Gallery most. It had a contemporary art scene but also large historical exhibits. The first floor by JR was enjoyable to interact with. My favorite parts were the theatre rooms that showed videos from all of his works. I sat and watched the entire video on how he created The Chronicles Of New York City. After looking at the mural, it was visually interesting to see each photo taken; and the thought that was put into the pose and composition. The artistic process was well calculated, which was surprising because of how vast the collage was. Every part fit together perfectly, and it has some resemblance to a contemporary Gramma Moses painting, depicting everyone in the neighborhood doing posed yet natural movements. JR’s murals create spaces that are overwhelming yet very familiar; there is something unsettling the way he frames his photographs and the way they infiltrate regular space. They focus on humans but have a non-human quality to them.
The other parts of the museum were not as exciting but still lovely to walk through. I did find the exhibition on women’s art though to be equally as impressive as JR’s. Specifically, “The Dinner Party” by Judy Chicago. It was empowering to walk though being surrounded by symbolistic plates of famous strong females in history. I was thoroughly disappointed by the Kehinde Wiley exhibition, it was nice to see the painting of napoleon side by side with Kehinde’s reproduction, but I don’t think the exhibit did his work justice. The room was very damp and had an offensive smell. The set up was very dark, which made it hard to view both paintings side by side because of the angle of each. The circular bench was also in a confusing spot, too close to either painting to be able to view them congruently.

Colloquium: Journal 5
in case I start designing again
by Helin Can
105 blocks • 2 months ago 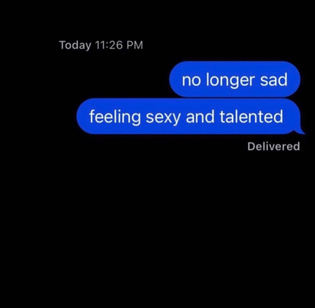 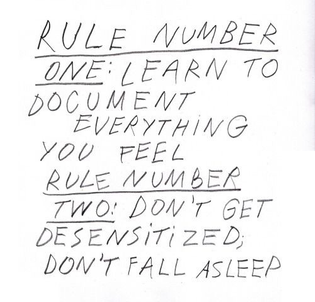 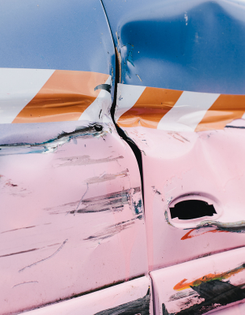 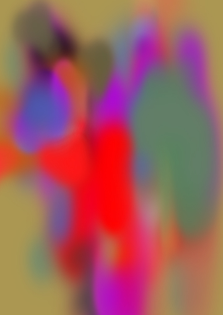