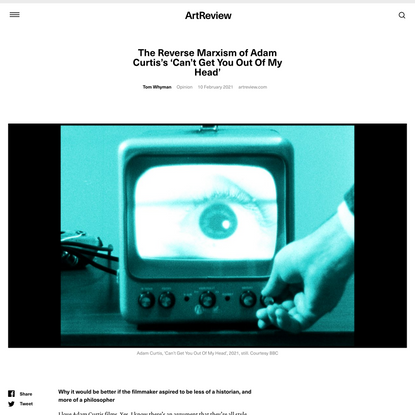 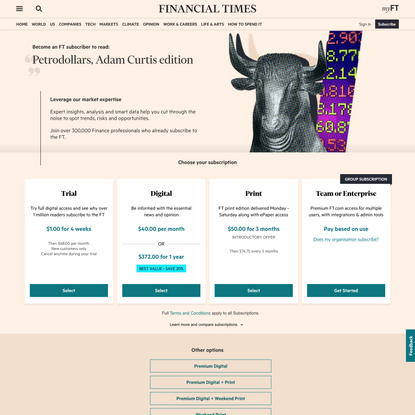 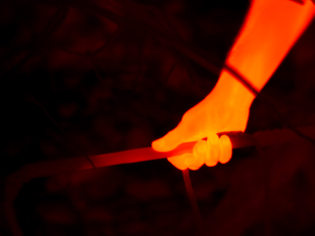 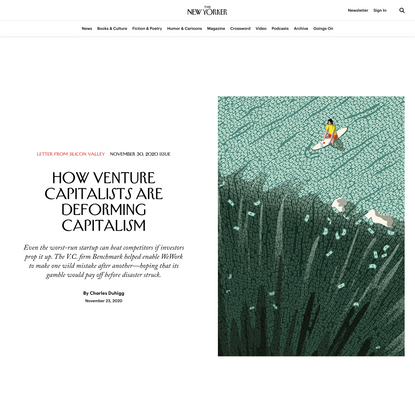 How Venture Capitalists Are Deforming C… 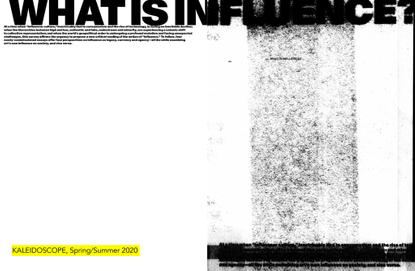 In his landmark essay 'Neo-materialism', Joshua Simon argues that every work of art is first and foremost a commodity(1). In Tim Wagg’s collectively titled series 'Working Towards Meaning', McCahon’s chapel windows are depicted as such, as they are conserved, framed and installed for exhibition.

A commodity in essence is raw material, a basic good created in service of a larger system. In this context, the exhibition is the system that these windows serve, playing a part in the narrative of the exhibition 'A Place to Paint: Colin McCahon in Auckland'. For Simon, an exhibition is a framework — a form of seeing that allows an encounter with the art object as commodity (2).

Beginning with 'Working Towards Meaning (519_0280.MXF)', panel ten is lifted from its case and evidence of this material transformation can be seen. In this image, the value and symbolic power of the window is temporarily muted as it is carefully lifted out of its case by Wagg and a colleague. The Grapes and Wheat depicted by McCahon are unable to be made out as the window is unpacked and prepared for its frame, which can be seen in 'Working towards meaning (519_0236.MXF)'.

Through this process of material commodification, each panel is returned to its former glory. In 'Working Towards Meaning (977_0024.MXF)', they are seen having made the journey to the wall, which in turn permits the windows to an additional layer of symbolic power through the exhibition display.

Throughout 'Working Towards Meaning', the notion of subjecthood is also present. Take, for example, 'Working Towards Meaning (519_0212.MXF)'. In this image, Wagg is present as a ghost-like reflection on McCahon’s panel two, featuring a candle and visible text: Lumen de Lumine, or ‘light from light’. At no point is your eye absorbed in the work of Colin McCahon, present across the entire foreground of the image. The subject of this image is very clearly Wagg, highlighted by a pair of blue nitrile disposable
gloves.

Establishing the subject of each work creates a better understanding of the object of the work too, which is not necessarily the chapel windows. The raw file titles, tyvek as canvas, MDF floor sheets and the omnipresent glove point to the object of each work being work itself. The labour that surrounds the history of art in the form of production is the most significant object in 'Working Towards Meaning'. The largest work in the series, 'Working Towards Meaning (A7300142.arw)', emphasises this by breaking from. Almost like a punctuation mark, it encourages you to move beyond the standard 1.5m line of sight and consider the entire exhibition space as the object of Wagg’s interest.

'Working Towards Meaning' is an exhibition that both explores and sits within a liminal space in Te Uru as well as Wagg’s mind, as he considers what it means to work with material and subjecthood to create meaningful encounters with art. Being Wagg’s McCahon House Residency exhibition adds an additional layer of scrutiny, as Wagg occupied McCahon’s space — his 1950s Titirangi home — for 3 months in 2019
before working on the chapel windows.

Wagg acknowledges the generosity of Chris Dudman and Bridget Hackshaw, who provided the raw digital files from their documentation of the chapel window installation at Auckland Art Gallery in 2019. The title statement ‘working towards meaning’ comes from McCahon’s written reflection of his time working on architect James Hackshaw’s Upland Road Convent Chapel of the Sister of Our Lady of the Missions in Remuera over the summer of 1965 and 1966 (3). 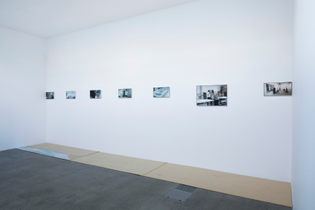 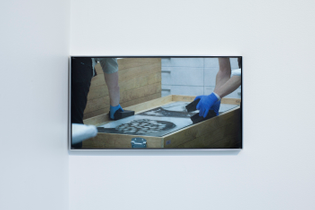 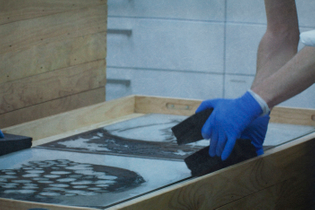