Sign up or Log in
Are.na
Toby Shorin
The Ablohsphere
Info
—
18 Followers
This channel appears in
talks / interviews / conversations, and Fashion

Kanye West: … also. So, this is how it works. They have two main- main main schools that have raised the fashion icons, Parson in New York and St. Martins in London. Bernard, I know, and Pinault, that's their recruiting, you know, camp. They go there. And now, the breakthrough with Virgil is now we have someone who's come from Donda, who's come from the school of Kanye West. And I hear people talk about, "Aw, he ain't go to school." Oh, he- we went to school alright.

Kanye West: (laughs) We went to school. We was doin' jpegs in Japan. And we, we we-, we were makin' Photoshop so much and not makin' clothes that we, we started just joking about the jpegs, like, "did you shrink my jpeg?"

Kanye West: (laughs) "Did you dye my jpeg and shit?" We- 'cause we couldn't figure out how to actually make the clothes, so we'd just do it in Photoshop, and Virgil became the fastest Photoshop artist that I've ever met in my life. We'd be sittin' in a … you know- you know right before we went to Fendi, you know just Photoshopin' things.

Charlamagne: 'Cause y'all interned at Fendi.

Kanye West: We interned at Fendi, but we ain't do shit, bruh. We ain't get to do nuttin'. I was just happy to have a key card.

we were makin' Photoshop so much and no…

Charlamagne: How did that make you feel when they leave you to go back to a place that stifled y'all basically?

Kanye West: Who you saying they? You talking about, like-

Charlamagne: [crosstalk]. The people that used to work with you. Virgil, yeah, yeah, yeah.

Kanye West: Um, they got families, bro. You know, these corporations they provide an opportunity. These are my friends, they have the families. If I'm not gonna provide them the same opportunity, I'm not gonna stand in their way either.

Charlamagne: But, you are providing them the same opportunity, it's just more of a ... y'all are building something as opposed to something that already exists now. Like those ...

Kanye West: A lot of times people like the room, the space, you know, when you get such a big corporation you could build up your own brand next to it. If you're really, you know, close to me, it's just gonna be my brand.

Kanye West: So, people, you know, want to build their own brand, actually need to be as far away from me as possible to just ... to- to get out of the shadow.

Charlamagne: That's kinda weird. That's weird, because, you know, you being Kanye West, the heat that you bring heats them up just enough. Like, I wouldn't know a Virgil if he hadn't been Kanye West's creative director, creative collaborator, whatever you wanted to call it.

Kanye West: Yeah. It's interesting how it all unfolds. Um, and you feel different ways, there's a lot of ... there's mixed emotions. You're like, "Oh, this is my crew. My crew is working for Nike, killing it." You know, I want my crew next to me, because like when I get on the phone with Virgil, that's my, you know, that's my team. He's my ... He's like the strategist.

Kanye West: Like, he went to school for architecture.

Kanye West: But, also this is great training, you know, people got to ... Like, I heard Nike does stuff like sends people to business school, but they're still, like, at Nike.

It's still DONDA at the end of the day

Charlamagne: How, how's the comparison with Virgil? You know Virgil though. What was ...

Kanye West: Uh ... but there is a civil rights element to the ability to create your own industry.

Kanye West: 'Cause even when we did rap, everything we got. Basketball and rap are both someone else's industry. So you're always a player.

Kanye West: It took Michael Jordan a long time to become an owner.

Charlamagne: With, with that said, 'cause you mentioned Virgil, like, he, he's not a creative director for Louis Vuitton. Do you feel like he went from being owner with Off-white to now being a player? How do you, how do you feel about that?

Kanye West: Some people have to do things just to prove that they can be done. And whether they become the billionaire, da-da-da-da, on the other side of it, you know ... Obama went into that office as a public servant ...

Kanye West: ... in a service position. And it didn't matter the amount of money. It didn't matter the amount of ownership. The world, the world needed to see that this was a possibility. So for Virgil, it's like, the world just needs to see things. You know, I was afraid to speak the way I speak now. I was afraid to show you, you know, my, my office in Calabasas. I was afraid to show you this 300 acres that I just purchased that I'm building my first community on, my first five properties on, because, you know, I felt like it would be shut down. But it's not about me. Even if I got killed tomorrow, and they shut everything down, the fact that I put the idea out is the Black Panther shit.

Kanye West: That it's a kid watching this in high school, and a kid in college, because at a certain point ... you know, Pac, at a certain point, he just had the message and hand the baton. He's like, "I might not be here."

Charlamagne: I may not change the world, but I'm a spark- 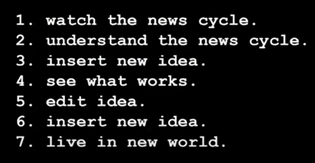 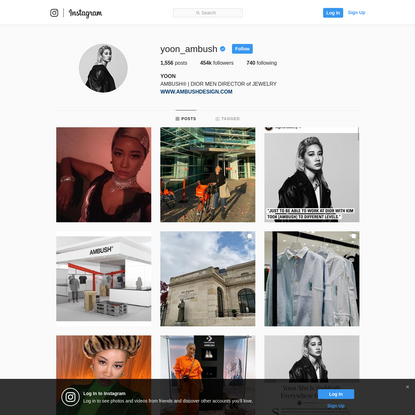 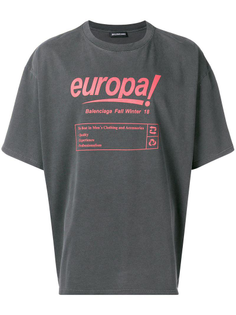 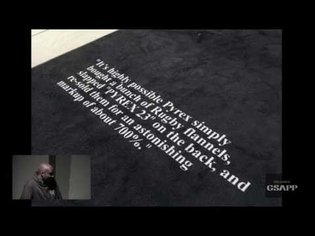 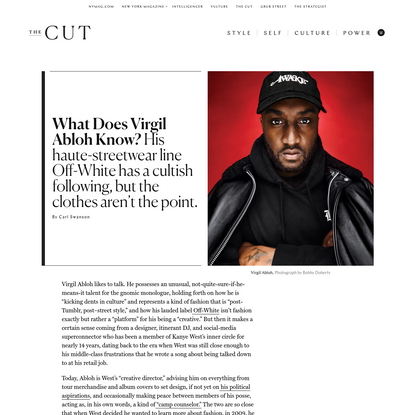 What Does Virgil Abloh Know? 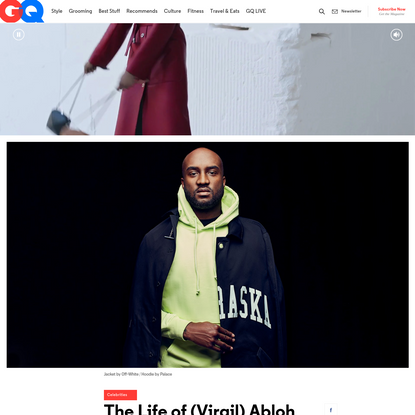 The Life of Virgil Abloh, Street-Style … 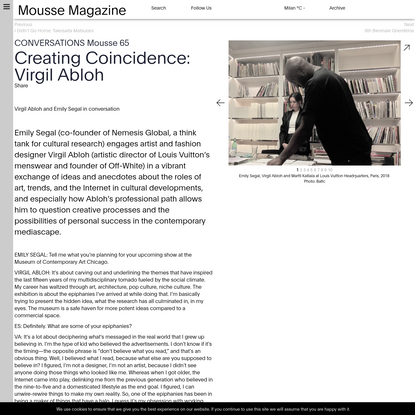