collection of links around generative systems and instructions for creating art

The performer or performers shuffle into the performance area and away from it, above, behind, around, or through the audience. They perform as a group or solo: but quietly.
Premiered August 1963 at National Association of Chemists and Performers in New York at the Advertiser's club.

Make a salad.
Premiered October 21st, 1962 at Institute for Contemporary Arts in London.

First performer comes on stage with a jar of Nivea cream. The performer massages hands in front of the microphone. Other performers enter one at the time. They make a mass of massaging hands and leave one at a time following the first performer.
click here to listen to a recording from Fluxsweet concert at Harvestworks organized by Taketo Shimada
Premiered Nov 25, 62 at Alle Season Theater, Copenhagen at Fluxus Festival.

3a Variation #1 on Nivea Cream Piece

Large quantities of Nivea Cream must be available, at least one large jar per person. The performers enter and each lathers up his arms and face, then his colleagues, in a fragrant pig pile.

The performer in a single child, two or three years old. One or both parents may be present to assist him with a pail of water or a banana etc. When a child leaves the stage the performance is over.
Premiered at the Fluxus Festival, Staatliche Kunstakademie, Dusseldorf on Feb 3rd, 63.

Exit in a new suit.
Premiered June 27th, 64 at Fluxus Concert, Carnegie Recital Hall, NY. This variation was written for the NYC performance when the Society for the Preservation of Cruelty to Children forbade the performance of Child Art Piece in its original form.

Make something in the street and give it away.
Premiered in Aug, 63. #9 and #11 are really variations on this piece.

A member of the audience is invited to come forward to a microphone if one is availlable and describe a pair of shoes, the one he is wearing or another pair. He is encouraged to tell where he got them, the size, color, why he likes them, etc.
Premiered Apr 6th, 63 at the Old Gymnasium of Douglass College, New Brunswick, NJ.

Each thinks beforehand of a song, and, on a signal from the conductor, sings it through.
Premiered May 11th, 1963 at Hardware Poet's Theater, NY, during the Yamdays.

9a Variation on Color Music #2

As performed on Canal street, NY in 1963.
Same as above except that white, aluminum, and cerise were used.

Print in silkscreen on the pavements and streets of a city. This piece is dangerous. Have some ready excuses such as "This ink is water soluable."

The performers, usually two, find something to braid, hair, yarn, etc., and do so.
Premiered Apr 11th, 64 at Fluxhall, in NY.

Tie up the audience.
Premiered May 30th, 64 at Fluxhall in NY.

This piece is officially deleted from Alison Knowles canon. What happened was that on May 30th, 1964 at Fluxhall in NY Alison Knowles silkscreened images on any and all objects, animate and inanimate, which were brought to her for imprinting. It was felt to be too close to #5.

Using the Alison Knowles Bean Rolls and six to eight performers, unroll the rolls over the audience and start reading aloud. Have the audience join in. A single performer goes among the other performers with scissors, cutting out large sections of the rolls. This performer determines the length of the performance.
Premiered Nov 16th, 64 at Cafe au Go Go, NY.

Select a platform, or any large square or rectangular area that is set apart, or raised above the room. Measure this area, using Paik as assistant, finding its center. Then drop a plumb line to this point from the ceiling. Find the center of this distance and mark the string with chalk. Build Paik a platform up to this point so that he may sit there for the duration of the performance.
Premiered Nov 16th, 64 at Cafe au Go Go.

Locate an empty chair, before the performance, in the center of the center aisle, equipped with reading light and a book. If nobody has taken this seat by intermission, one of the other performers should do so.
Unperformed.

This piece uses an old piece of furniture in bad shape. Destroy it further, if you like. Bandage it up with gauze and adhesive. Spray red paint on the wounded joints. Effective lighting helps. This activity may be performed with one or more performers, and simultaneously with other events.
Premiered July 19th, 65 at Cafe au Go Go, NY. 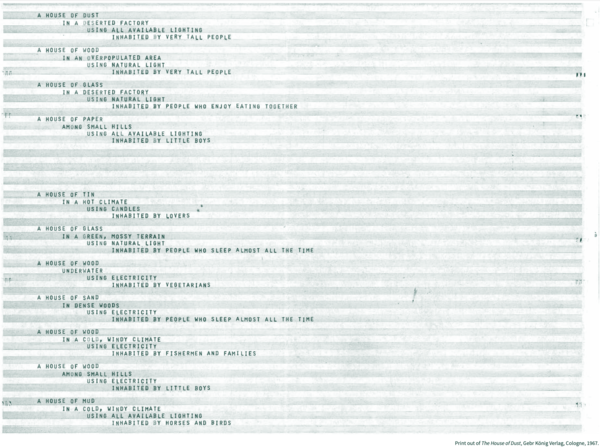 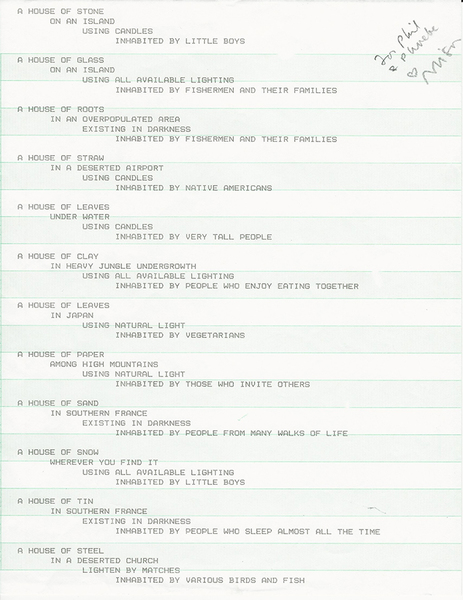 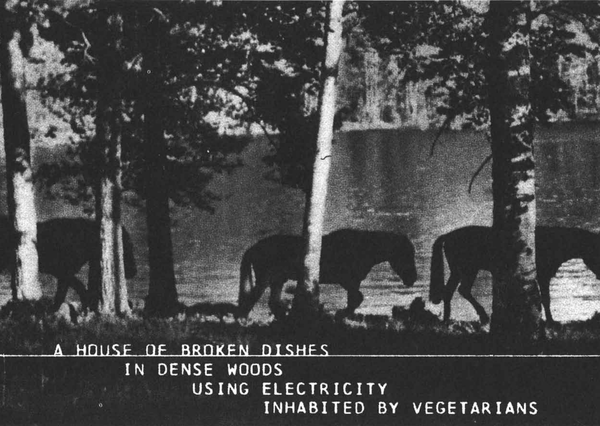 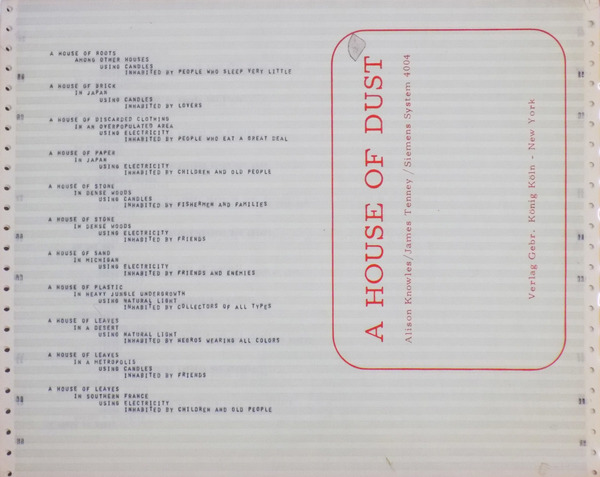 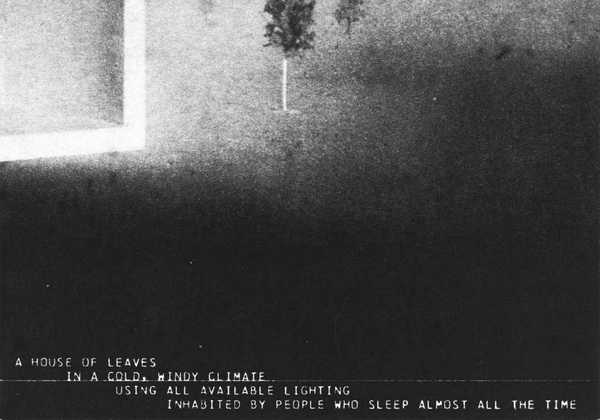 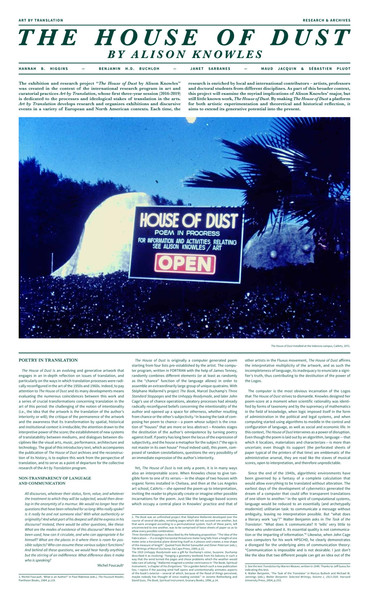 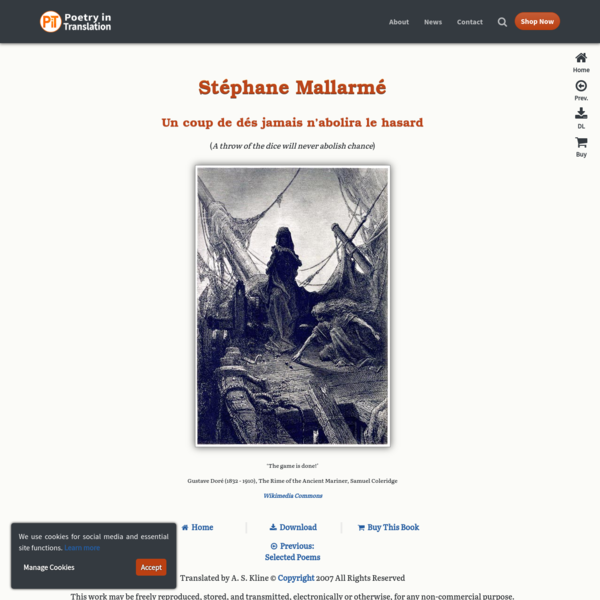 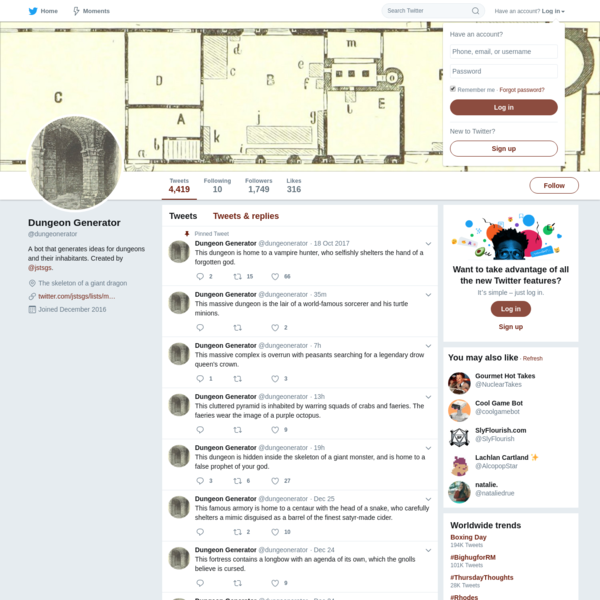 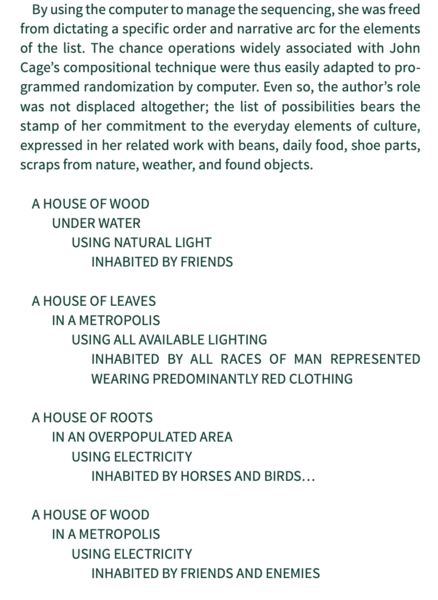