Sign up or Log in
Are.na
ultimape 🐜💩
🚫 Against School
Info
—
27 Followers
This channel appears in
Against... Channels, 📝 Systematic Oppression of The People of the Weird, Education Resources, 📑 Rethinking Human Social Systems and Organization Theories, IDDQD; IDKFA, school sucks, 📖 eDucation, 19-i, Hacking [my] education, 🔍🚫 Against Channels, Channels that Move me, Resources, education, all Future of Education, † A New Design School, and Alternative Learning
View
Grid
Table 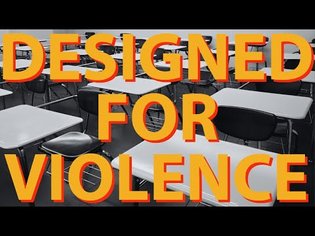 Games, Schools, and Worlds Designed for… 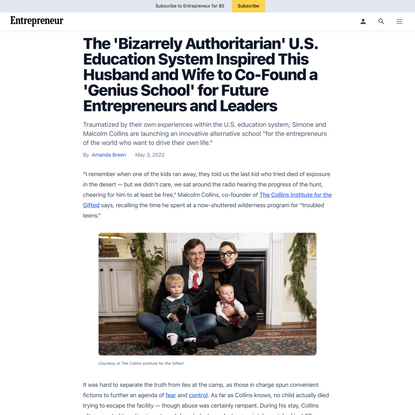 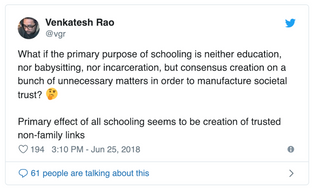 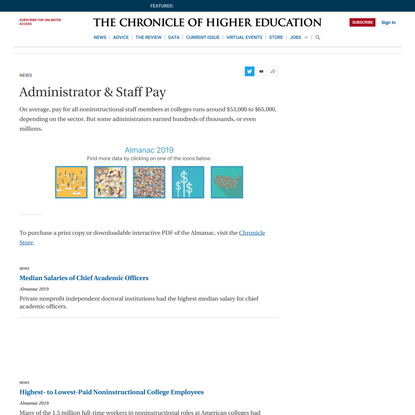 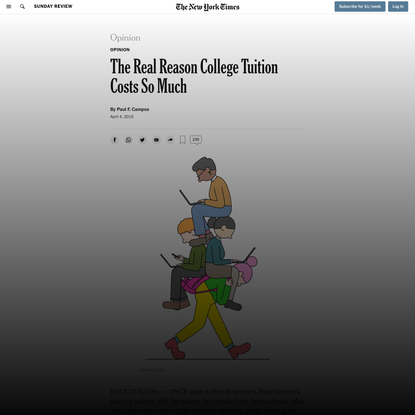 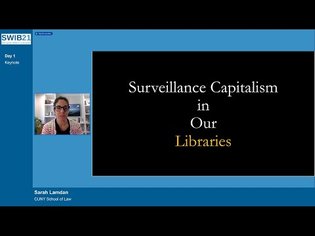 KEYNOTE: Surveillance capitalism in our…

Another really neat idea propped up by an attention grabbing feel-good change-the-world narrative and then eventually shelved because the university couldn't turn the prototype into a functional product because the investors weren't interested because the economics weren't there.

But look at how prestigious the Principle Investigator is! That's got to count for something, right?

What a waste of potential. I wish they'd open source the designs so we could add the techniques to OpenFlexture and actually make an impact, instead of being locked behind university patent moats and a misplaced desire to get a return on investment from something funded by public money. 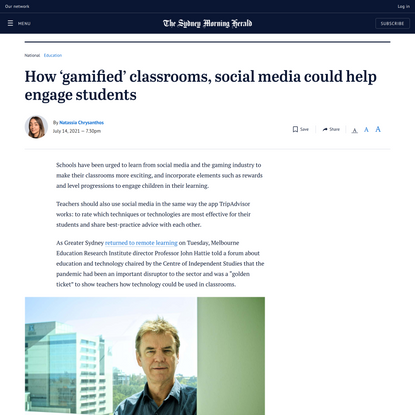 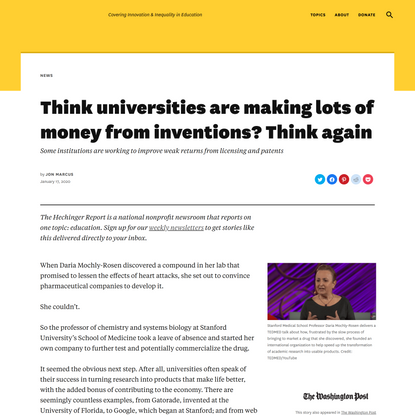 Teachers conspired to implement a contest about reading books. It was a tactic meant to inspire more kids into reading, using a psychological trick.

Little did they know that I was a practiced speed reader + didn't sleep well. I read all of harry potter series (published at the time) over 4 days and my pages read beat out 3 other classes (combined).

Other students decided that it wasn't worth participating even though the contest was meant to last 3 months. Was going to read them anyway.

My class got pizza that month because the teachers knew they'd get pissed if we didn't because we technically won.

They called the contest off early once they realized that reading rates actually plummeted to a lower level than before the contest.

Amazing what a little shit with a chip on his shoulder can do out of protest of being forced to go to school.

Talk to me about misaligned incentives and the economics of ship building, and how the perception of needing to prove oneself can be used as a ruse to hide larger ulterior motives.
https://en.wikipedia.org/wiki/Chip_on_shoulder

And that's the story of how I found myself interested in rule lawyering and metagaming as a system of protest.

Most social 'games' are just variations on Nomic with increasingly difficult ways of changing the rules put in place by social forces.

I don't trust teachers because they fucked over my friends a lot as punishment. I once risked getting expelled by switching my paper with best writer in class to see if I was being unfairly graded. That was the year I learned about perceptual bias and statistics.

I had got an F in Spanish because teacher put down another kid's scores in the book because we had similar last names. I kept all my quizzes so it was easy to fix. But jaded me against the system. Realized it was all a sham.

One teacher was particularly dickish. I handed in a paper that was 3 paragraphs of generic formula writing, then laurem ipsum for another 5, A real quote from an online source, then the final sentence. Got a B.

It was my last paper in the class and they didn't teach any courses past that grade-level. Teacher was mad when I pointed it out to next kids in the class and someone snitched. They couldn't change it without admitting how my work wasn't being thoroughly graded. I basically forced her hand into either admitting she wasn't doing her job, or to actually grade the papers and not just give out grades based on her petty nature. I would loved to have been kicked out of school for fucking over a teacher like that. Proudest B in my life.

Later we got a different Spanish teacher who came from a catholic school and was really strict. They called us heathens a lot and generally was mean to students who made honest mistakes. Lots of shaming behavior that everyone hated. We learned a lot of French and Spanish swearwords that year. My interest in language stems partially from learning about cognates and suggestive metaphors.

He ended up freaking out after a few months because we were collectively gaslighting him for being mean to us.

Really all I ever wanted was to be treated fairly and for teachers to do their jobs.

If we are forced to go to school and punished by parents if we got bad grades, you better be putting in the correct grades in that little graph lined attendance book of yours!

"Imagine if compulsory education was just an elaborate escape room that almost all of us failed
The adults were rooting for us to escape, hinting/nudging with the lamest “stay in school” propaganda possible"
https://www.are.na/block/4281666

Some of my most favorite people in my memories are teachers. They encouraged us, and helped us see the world in new and interesting ways.

But some of my most hated people in my memories are also teachers. They chastised us, and worked to shutdown any semblance of curiosity.

I moved around a lot growing up, so I had a large number of experiences with different teachers and school processes. I can't say I found a single one worthwhile.

I took the first opportunity I could to get out of there. I got lucky. I found an opportunity and I took it. I think back though about all my friends who didn't have the tenacity I did. The patients for these shit systems we are forced to endure.

I often wonder how different my life would be had I not found myself with a means.

I am obsessed with "why". Why do these awful institutions persist. What is their history? What does society get out of them?

There are different ways, but why isn't it more widespread?
https://www.are.na/ultimape/against-school

I often wake up thinking - panicking - about having to go to school.

The pain haunts me. I hate it.