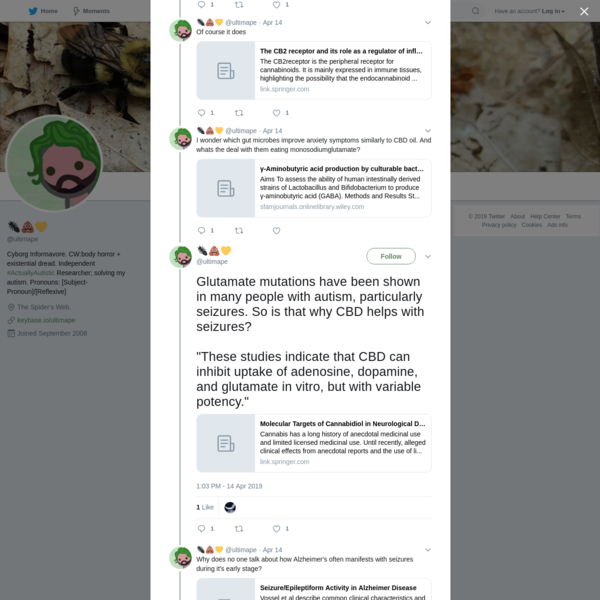 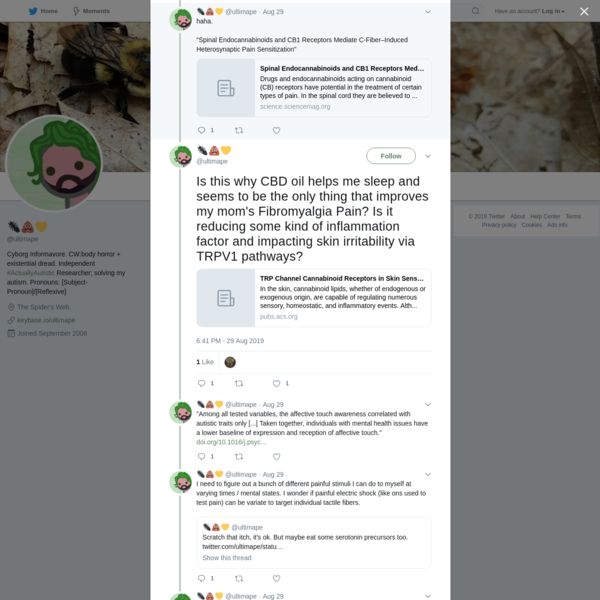 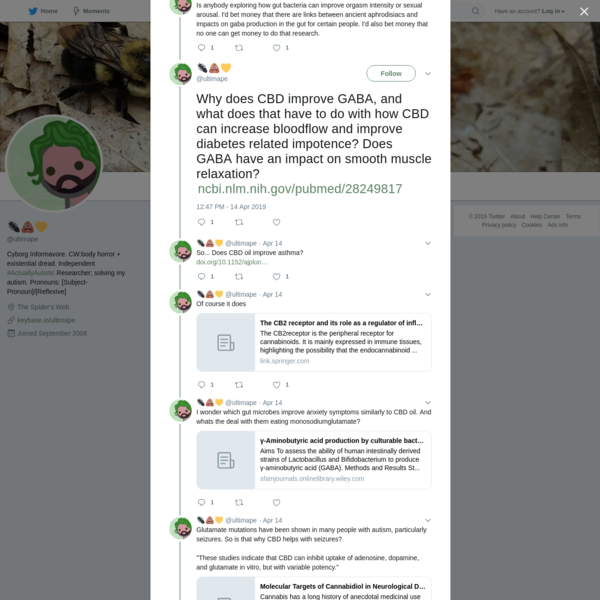 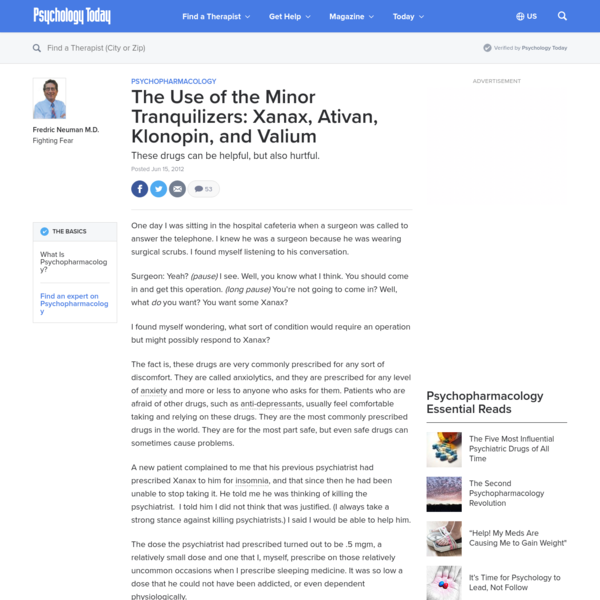 The Use of the Minor Tranquilizers: Xan… 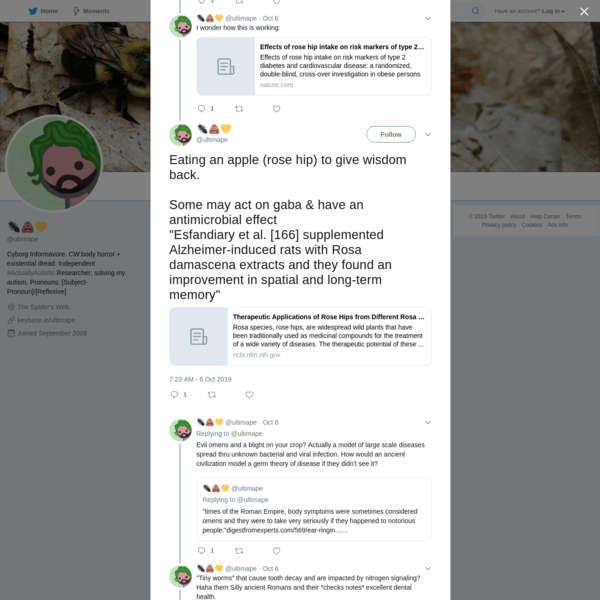 From a chat between Alex Singh and me.
(Slightly reworked to have a better flow.)

Talking about his interest on meaningful climate action.

Been kicking around an idea of "consumer reports" but for quantified self + brain augmentation tech.

Idea behind mine is that there is a gap of experts who can actually review brain scanning tech and verify that claims about health and mental well being are legit and aren't just marketing wank.

Same transposition from tech veracity -> sustainable veracity could be made. People want to be sustainable, but it's all word of mouth or greenwashing.

We need something akin to https://en.wikipedia.org/wiki/Whole_Earth_Catalog to act as a lighting rod to attract modern makers and do'ers who build out those practices and infrastructure

Yeah what you’re proposing sounds not just viable, but important.
Although in your case it’d be depressing if they ended up debunking the whole field lol

Oh, for my case it would totally be about debunking the whole field. The hidden agenda is to teach people about the underlying prinicples and get crowdsourced data tracking initiatives off the ground.

Ah, so it’s a subversive mechanism to try and elevate the quality of the consumer products being released. That’s smart.

The gap in both markets seems to be experts connecting together and sharing ideas. I say "markets" loosely: Fields/domains/interests/initiatives etc. demands not being met etc.

“If you’re going to release a product, make sure it works or they’ll debunk it” - you become a regulating agent.

Right, a regulating agent would be effectively what we need toward sustainable stuff. A trusted group who help guide. Grassroots regulatory systems that work toward connecting people.

Regulatory, in the sense of how swarms of ants and bees decide to find and build their housing.

Yes I agree with you. There’s a general lack of surface area where both sides interact. Which is ironic considering the promise and potential of the internet..

And re Whole Earth Catalogue, while I 🙄 at the Silicon Valley obsession with it, I think you’re spot on in referencing it in this context.

What does a WEC look like that lets you live and act in alignment with the Earth? Which must, due to the systems we’re enmeshed within, include objects and consumables and consumer culture.

Have you seen this 'lowtechmagazine'? Strikes me as an initiative with a similar direction.

That’s a great reference. I’m familiar with them but haven’t read it yet

I found them thru mastodon. I have no idea how, or why, but the general diaspora of people rejecting centralized corporate social media seem to be very fond of sustainability.

I think I first encountered them on http://are.na, which I feel has a similar value orientation ahaha

So is your next step to contact these professional academics to see if they’re willing to help test / debunk this brain augmentation tech?

There's a strange overlap between people marketing wearables for mood shifting, and then actual scientists using them to get stuff like EEG data, (or neuro-marketers using it to test stuff like emotion + eye tracking in stores). I'm thinking about what it would look like a year from now once I have acquired some of this stuff and started publishing data from my N-of-1 experiments.

So my next step is getting hardware together and building out a minimal way to publish it. Then push toward verification of other tech with like-minded souls

My hope is to gear it to promote privacy/data-security/open science stuff. https://openhumans.org etc

My literal next step is to stress test a raspberry pi + SSD to see what the max power usage is so I can find out how big of a solar panel i'd need to run a cluster of them.

My issue is that I need credibility before people will start listening to me when I contact professional academics.

You mean you need professional academics to take you seriously?

All it takes is one academic to vouch for you to their friends.

Referrals are a potent thing

Lots of different threads I'm trying to pull together at the same time. I'm having success with the referrals thing, but I'm looking at what it would take to scale out my ideas in the quantified self space.

There's a slow wave of people leaning toward QS & N-of-1 and open data. But its similarly disconnected and there isn't really any one thing that has been acting as a lightning rod.

The larger concern perhaps is that there is an opportunity for stuff, but I want to prevent the traditional gatekeeping dynamics of academia from pushing people out from being citizen scientists.

Sustainability initiatives strike me as having similar dynamic. Marketing and brands want to be seen as a sustainable while not actually doing the work.

Totally
Because the work is fucking hard

You need a new cultural system adjacent to consumerism(?) but not corrupted / subverted by it
^ why you're thinking about social networking?

"You never change things by fighting the existing reality.
To change something, build a new model that makes the existing model obsolete."
― Buckminster Fuller

Culture is essential for sustained behavioral changes. But you have to start within the existing system in order to meaningfully change it.

Lukas W-P talked about this in his Gnamma newsletter somewhat. About how environmental agencies announce “success” by pursuing initiatives that have highly arbitrary boundaries they develop, without accounting for what happens when [tracked item] moves outside of those boundaries.

Because these are complex, multi-faceted systems that can’t be managed or moderated without imposing arbitrary “2D maps” that are bureaucratically compatible.

So you squish the system down into something compute-able/comprehensible and can achieve a superficially positive outcome while - most of the time - just moving the problem further downstream.

Culture is essential for sustained behavioral changes. But you have to start within the existing system in order to meaningfully change it.

Sounds like a great framing of things. Could you link me to a copy? I have that kind of thinking in my head lately: https://medium.com/@ultimape/a-great-exploration-of-this-dynamic-is-goodharts-law-and-why-measurement-is-hard-and-the-follow-b6b13c8ed156

I think his whole archive is available. Let me try and find the exact issue.

"(This is the farce of a lot of sustainability success stories—they are successful only because they draw a line in the sand exactly around the achievable scope of success; the failures have been externalized. For instance, American recycling programs are only a success the waste leaving the country means success; they're a failure if you nail down how much material actually gets turned into something new.)"
https://tinyletter.com/gnamma/letters/gnamma-36-systems-thinking 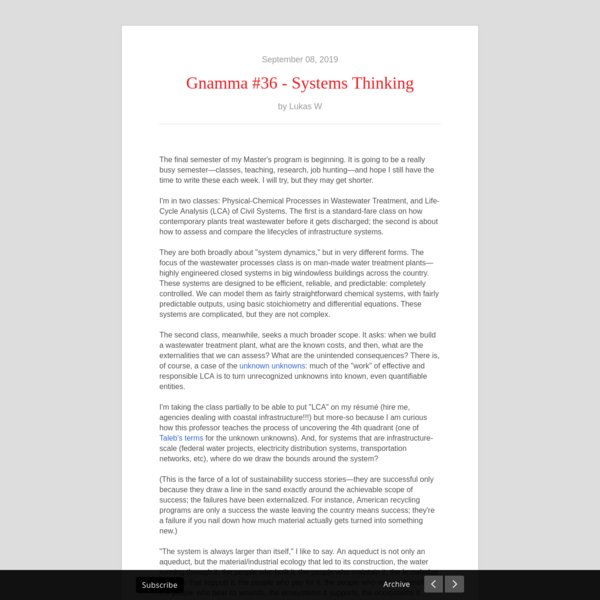 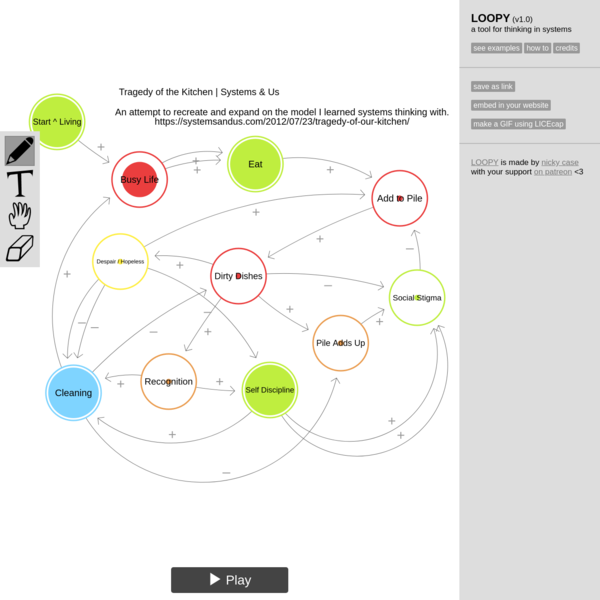 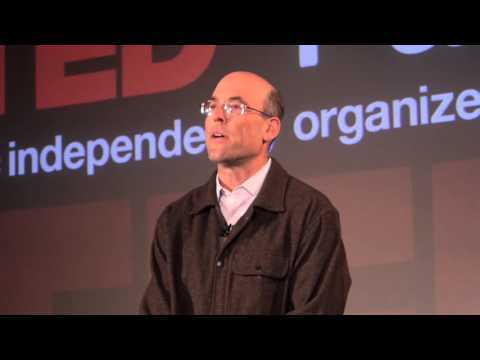 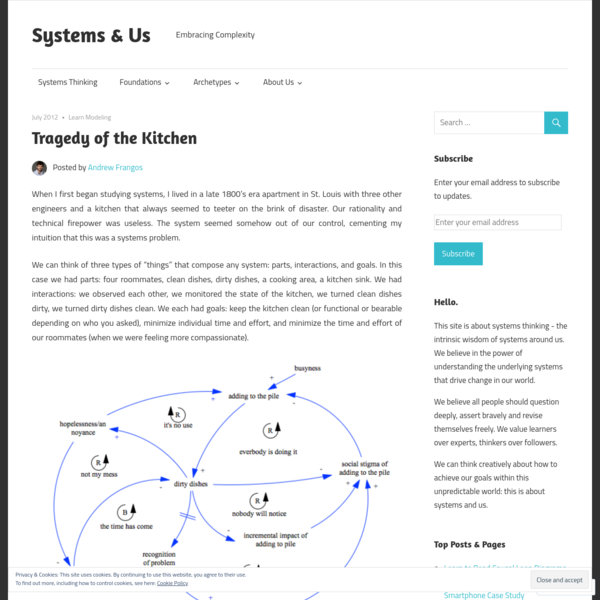 So a turtle pees thru it's mouth to be able to gargle salt water to stay hydrated. And a bunch of turtles breath thru their butts to deal with low oxygen levels more efficiently.

Nature don't give a fuck. 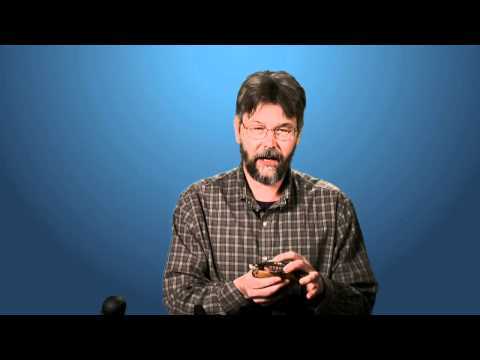 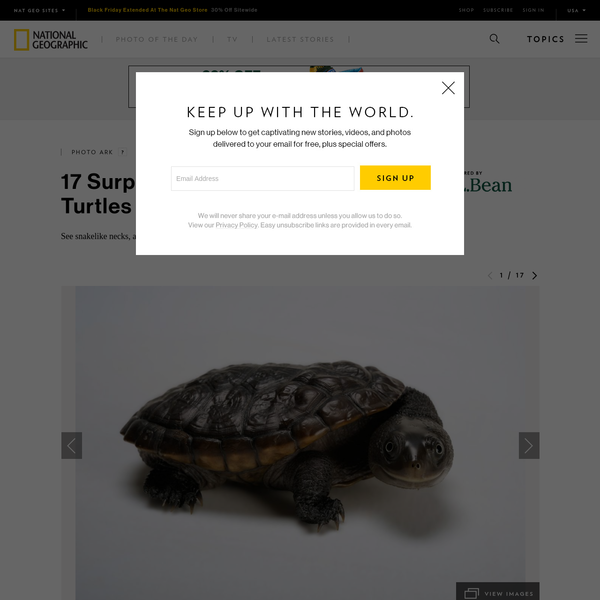 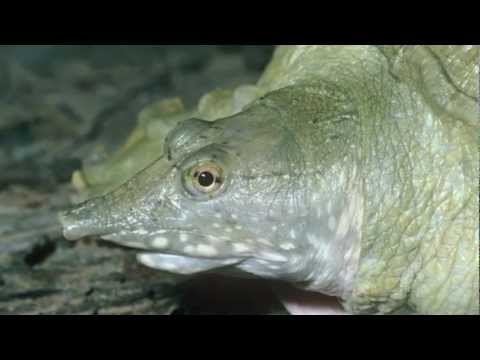 Bizarre Turtle Urinates Through Its Mou… 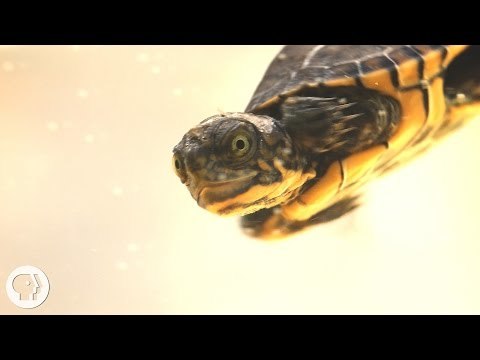