Perhaps there is no past or future, only the perpetual present that contains this trinity of memory.

Levy proposes that contemporary physicists unwittingly ensnare themselves in a tautologous trap reinforced by the intrinsic logic of the quantum world: “Our universe is dreamlike in nature; quantum physics is the physics of the dreamlike nature of reality. If physicists think that quantum physics is not the physics of the dream, then due to the magic of As Viewed, So Appears, quantum physics will manifest so as to supply all the needed evidence to prove that it is not the physics of the dream.” If materialist scientists believe that “the outer world objectively exists and has nothing to do with how they observe it, will experience a world that reflects back their viewpoint.” The irony is that they will receive confirmation of their idea that the world exists separate from the observer “through the very quantum principle of genesis by observership that they are denying.” I find this a clarifying way of understanding the problem.

According to quantum theory, the universe is brought into manifestation by the co-creative activity of the observer/participant. When we choose what to measure, what to observe, we are already creatively responding to the world and, through our continuous act of observation, transforming it. Buddhism has a term for this. It translates: “As Viewed, So Appears.”

As Viewed, So Appears

Regenerative experiences: Plunge into the sea. The sun. An old city. Silence.

| Susan Sontag, As Consciousness is Harnessed to Flesh: Journals and Notebooks, 1964-1980

Concepts are centers of vibrations, each in itself and every one in relation to all the others. This is why they all resonate rather than cohere or correspond with each other. There is no reason why concepts should cohere. As fragmentary totalities, concepts are not even the pieces of a puzzle, for their irregular contours do not correspond to each other. They do form a wall, but it is a dry-stone wall, and everything holds together only along diverging lines. (Deleuze & Guattari)

Just as in music, drama, dance, or any other performing art, Lick declared, “information is a dynamic, living thing, not properly to be confined (though we have long been forced to confine it thus) within the passive pages of a printed document. As soon as information is freed from documental bounds and allowed to take on the form of process, the complexity (as distinguished from the mere amount) of knowledge makes itself evident.”

its tuesday and ive decided to believe we have no organs or bones or anything inside us but rather are completely hollow and exist only on the line that might be called a silhouette. every time this emptiness is challenged, every time we’re cut open or sung to or held or in any way touched, the expectation of embodiment that follows temporarily and instantaneously induces itself into truth, and into what we accept as a default state of being, when really it is just a constant and continuous repeated induction of embodiment that keeps us embodied. for example, if you put your hand on mine it will stop at my skin, it will find itself capable of resting there instead of falling through, if i choose i can lift your hand with my own and carry it through space. but this is not grounds for assumption that the parts of our hands that are now in contact were made of hand material before they were in contact. reality (and this goes not just physically but on every level) is naturally pure concavity (hollowness hunger desire god there are a hundred words for it). when something concave touches something concave we have: )( and )( becoming )()( . this new shape is no longer two concave things adjacent to each other, but 2 convex things. one whole and connected ) () ( and one disconnected and split up around it ) () ( . when )()( is created, the union of two entities )( and )( discovers a transcendental third entity whose concavity has been inverted into convexness (everything in the universe is a binary either in the state of concavity or convexity btw). SO we have () which is convex. and thus convexity — flesh, meat, satiation, tangibility, edibility, love, violence, consumption, etc — is only a state or quality of being, which arises from the union of two concave/intagible/hollow entities. we think of ourselves as embodied, but this embodiment is only discursively produced from kiss and punch and utteration and twitch and memory of riding a bicycle and prayer for future embrace and everything else. in a vacuum we are vacuum. where there are two vacuum nozzles or two hungers or two lonelinesses, the oppositional sucking turns the sucked interstice inside-out into our lived reality. anyway i think it would be interesting and maybe fun also to think this sometimes

"What goes too long unchanged destroys itself. The forest is forever because it dies and dies and so lives." 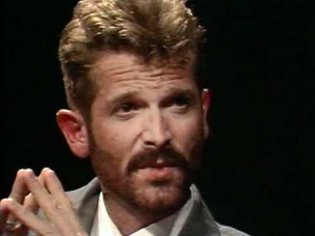 Synchronicity and the Holographic Unive…

Phrases came. Visions came. Beautiful pictures. Beautiful phrases. But what she wished to get hold of was that very jar on the nerves, the thing itself before it has been made anything.