Started by william ∞
43 Followers
This channel appears in
§ The Sustainabilitist, For the Farm/Commune, communities, ⬛ Method, ✴︎ Arena_consciousness*, kindness, we the people.pfci, Towards A More Sustainable Life, 📚📑bookmarked🔖📚, ⌘ reflective healing, and together
View
Grid
Table
gift economies + cooperatives
by allie bishop
18 blocks • 5 days ago

Matriarchies are deeply committed to principles of balance and interconnectedness. They respect diversity between humans and nature, genders and generations. There is no private property in matriarchal gift ecoomies and the well-being of all members is a priority. Production is based on principles of subsistence and cooperation, and instead of accumulating and hoarding goods, everything in matriarchies circulates as a gift.

The basic elements of a gift economy are the following:

And being seen is so crucial to the ways that we belong.

Collaborating with those around us, we create multiple, overlapping, contradictory, and coexistent imaginary landscapes, horizons of common possibility and shared understanding.

Ritual grew up in sacred play; poetry was born in play and nourished on play; music and dancing were pure play.... We have to conclude, therefore, that civilization is, in its earliest phases, played. It does not come from play...it arises in and as play, and never leaves it.
— Johan Huizinga

Q: How is your idea of a future that would be better than what is happening now not a utopia?

A: I define utopia as a place that is conceived by human agency undertaking steps to create a world in which all of humankind’s problems are solved forever, and in that regard those with utopian visions have always believed they’re on an almost sacred path and that there’s no cost which shouldn’t be paid to reach their goal. The way I think about the future is a lot less ambitious than that because I don’t believe the world is perfectible. I certainly don’t want to crack anybody’s eggs.

In the future I envision, we will approach our spending moments by thinking about what it is we’re spending on, because the pair of shoes we buy is not just shoes, you know. We’re buying more than that. I also think it is possible to live in human cultures in which food is abundant and good, the living surroundings are good, the people around us are good, in which there’s a continuity of our communities and our cultures, and in which we can actually spend time enjoying what are considered the simple things, although I do have to qualify that. The simple things require a lot of skill.

I was a truck farmer when I was in my twenties. People think farmers are not very bright. Well, just try it! To be a farmer you have to be a mechanic, a botanist, an engineer, a negotiator, an accountant, and sometimes you have to be a lawyer. All those skills are needed. I think our attitude toward farming should be turned around. We should regard the food producers as the heroes of our culture. It’s starting to happen, I do believe. I see tastes changing. People are tending to want organically grown produce if they can afford it.

The world I would like to see would assign more value to those things we can do for ourselves and to building on that, looking to our neighbors for what they can do that we can’t. It would pay attention to rebuilding a culture and an economy around localism. I do not mean individual self-sufficiency, I mean regional self-sufficiency. I think this approach is more crucial than ever because in my opinion self-sufficiency is the bane of the global economy.

To the extent that we can produce more locally—having local tailors and local bootmakers, for example—two things will happen: first, we will slow down and stem the global economy, the worst elements of it, and second, we will gain control over our own lives again. Not only that, but we will also get better products. What you do for yourself is almost always better than what’s made up for you in an assembly line. 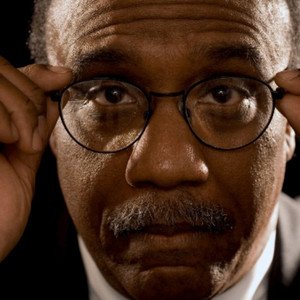