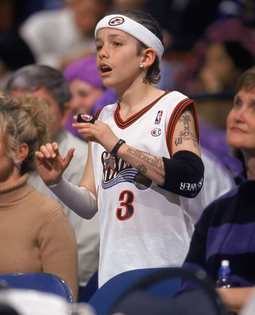 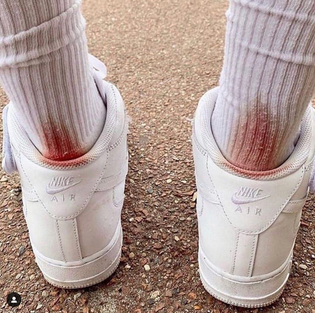 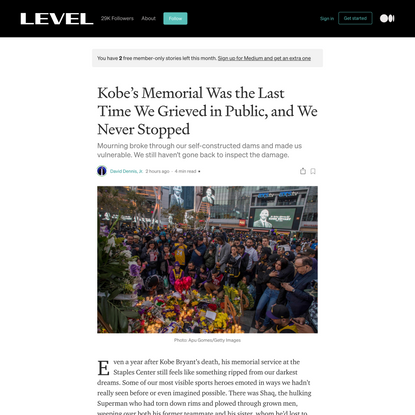 Kobe’s Memorial Was the Last Time We Gr…

Today is January 25th 2021, and I’m writing this because of something I feel is coming tomorrow, and have been feeling coming for weeks. And I would hate to talk about this feeling after it happened, with so many formed thoughts swirling about my head right now.

Tomorrow marks 1 year since the death of Kobe Bryant. And in order to talk about this, it feels like it’s important to talk about social media. Because social media is ultimately about one thing, and that’s how we share with others.

The feeling I have had for weeks is that outlets of all kinds have been gearing up to talk about this. Finding ways to “post” about Kobe’s death, to build content around his life and give meaning to that day last year. To commemorate him, as a man and basketball player. To commemorate Gianna and her life. Vanessa Bryant even put out a statement of her own a week ago about how she hopes the media will handle this date. Today, she asked for the NBA and its teams not to hold any tributes.

And my personal love for Kobe is well documented, I will be processing this day in my own way. Lord help me, in all honesty.

But when talking about how we process his death "collectively", how we share in public spaces concerning icons like Kobe, there’s more at play in my opinion.

I think talking about January 26th brings us back to a time where we were hoping to celebrate the freshness of a 2020, only to have it be deeply fractured by the death of Kobe, Gianna and the others on the helicopter. The 26th day of 2020 feels like the tragic checkpoint after which we can say hell unraveled: we watched the rest of the year, generally, spiral out of control in ways unprecedented in our lifetimes. With that, folks more superstitious than myself deemed Kobe’s death as the “start” of a chain of events that attacked our collective wellness. I don’t know where to put this kind of assessment, definitely not in the same realm where grief about his passing sits. That could last a much longer time. But there’s no mistaking, in the American consciousness, Kobe’s death encapsulated a kind of worst fear we had about the dawn of this decade. That the future, a frontier beyond the 2010s, only held peril for us. A fear we’re still living through in this very moment.

It’s the same kind of fear that has allowed us to shrug off the hope of 2021 being any better. We expect ugliness on the other side of the milestone now, and so far we’ve gotten it. It conjures up a nasty ideal: maybe new beginnings just aren’t a thing anymore.

In one way, grouping concurrent tragedies is a great way to absolve us from any kind of real emotional toll. Like stringing together a set of tasks just to say you had a long day, rendering the burn of those individual chores irrelevant.

But I think what comes to mind is wondering just how functional “sharing” is in these moments.

The thing that most fascinated me in looking back on January 26th, 2020 is just how many people posted about Kobe on that very day. Just how many people heard about his death and shared and image or a video or something else right away. A lot of times, I’ll end up on someone’s Instagram profile and scroll to a few dates: first, how they handled the June protests and second, what they might have posted on January 26th. For one, it was affirming to see the outpour, all over the world, on that day and the days following. And just how many lives he touched. My heart warms just thinking about the wide-reaching impact of his life and how it was collectively processed that week. I process things differently when it comes to grief, so I waited a week to even give my thoughts on the matter. But eventually, there was no way in hell that my social circle wasn’t going to get my thoughts on a man who I spent my life loving from afar. It was going to take place on social media.

And that’s kinda when I understood the kind of relationship that we had with these tools. Grief is complicated. But these tools we have for sharing are really extensions of our base impulses to communicate. They define our impulses to share emotions, because “reaching out” to people is just that important. I send my condolences and my congratulations via the share button now, especially the collective kind. All my folks are right there, and they’re there in one fell swoop.

On one end, it might feel like I'm singling out a certain "type" of insta post. But I really think this connection manifests wherever you choose to get something off. If I had the time, I might spend it talking about how different emotions show up differently on these platforms, and how the medium of Twitter bodes different impulses than the medium of Instagram. Memorializing someone like Kobe through tweets versus images. Starting threads versus writing long captions. Etcetera etcetera. There are those linguistic differences across the social media platforms. But nonetheless it’s all a way of reaching out. And every version of it was a crucial way to cope during that time.

And yet: that impulse only intensified when we had to be quarantined inside for months on end due to a world-altering pandemic, watching as our idea of closeness crumbled. We learned that our phones were our only salvation to sharing with others.

We learned that “reaching out” was only ever gonna happen through the most digitally outstretched of arms.

Later in the year, we all flocked to social media to claim our spot in the line for racial justice in America. We collectively “shared” on the airwaves that we had enough. That term “we” is so troubling, but at the same time it’s very immovable. The collective impulse to feel bad about George Floyd’s murder, to be rustled by the things black folks have been claiming for decades, was on very much display by the collective “we”. It was marked by a black square and links in the bio. Again: badges of the social media impulse to share.

2020 continued on just like that. Famous death after famous death. Intensifying pandemic in all the worst ways. A staggering death toll and six degrees of separation for positive tests. Unprecedented electoral debacle. It’s been a national identity crisis at every single turn. But still a national impulse to “share” the collective pain amongst it all.

And it’s funny, “2020 continuing on just like that” isn’t that removed from right now. We’re a month out, and we’re still looking at an ever-mounting heap of national grief.

I know people will talk about Kobe’s passing as the catalyst to a year of piled woes. I know they might ignore the connections altogether. I dont bemoan either approach.

But I do wonder: when does the anniversary clock become meaningless? And when does it become useless to talk about this “time of year”, when it genuinely feels like the cascade of events since his death hasn’t ended. When it feels like we haven’t stopped “sharing” about our collective grief, event after event, since that day where he passed, are we supposed to just do it all over again?

I don’t blame anybody for doing so, but I’m struggling with it. I'll probably tune out from the socials tomorrow.

I feel like the parameters which we’ve always subscribed to: 52 weeks, 365 days, the cycle of a yearly refresh: those just aren’t helpful now. We’re living through a pandemic that’s at minimum, a multi-year reset on our way of life. And all the interactions inside of this reset are deeply fractured renditions of the interactions we’re used to. Online especially.

366 days later, at least for me, the inexplicable tragedy of losing Kobe Bryant is still just as inexplicable. It’s still just as painful. Nothing about the year in between has granted any kind of respite. I don’t know what would feel right to share other than just “retweeting” all of January 26th, 2020.

I’m not here to say that we should collectively stop posting, and to scold anyone who feels like sharing about him tomorrow. That’s not how grief works.

But I at least have to wonder if “shining a light” on a gaping wound, one that widens with every step, is ever gonna be the same as just waiting in the dark, in agony, for it to heal.

the day the clock stopped working 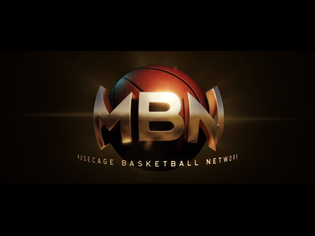 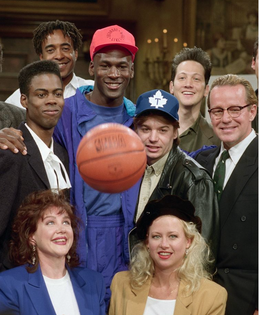 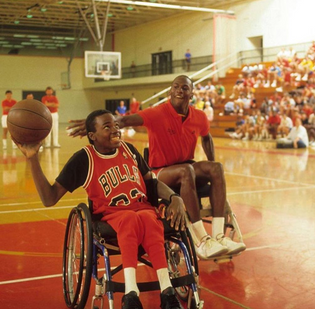 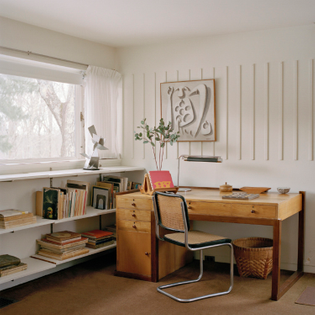 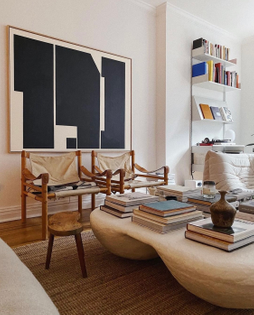