For all the downsides of organized religion, they still provided valuable ritual. There’s a lot to be said for showing up at a community ritual on a regular basis... especially when you don’t feel like it (sometimes when it helps you the most / as opposed to self-isolating and falling into depression). 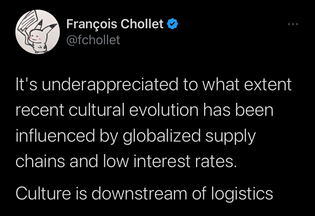 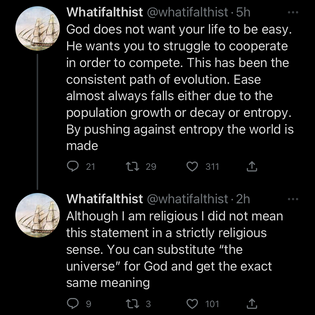 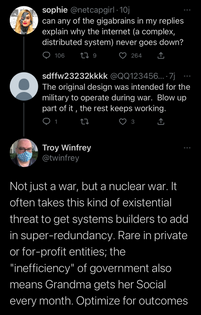 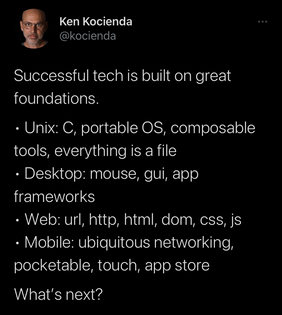 Examples of biological systems and thei…

Ecosystems are similar to human societies — they’re built on relationships. The stronger those are, the more resilient the system. And since our world’s systems are composed of individual organisms, they have the capacity to change. We creatures adapt, our genes evolve, we can learn from experience. A system is ever-changing because its parts — the trees and fungi and people — are constantly responding to one another and to the environment. Our success in coevolution — our success as a productive society — is only as good as the strength of the bonds with other individuals and species. Out of the resulting adaptation and evolution emerge behaviors that help us survive, grow and thrive.

We can think of an ecosystem of wolves, caribou, trees and fungi creating biodiversity just as an orchestra of woodwind, brass, percussion and string musicians assemble into a symphony. Or how our brains, composed of neurons, axons and neurotransmitters, produce thought and compassion. Or the way brothers and sisters join to overcome a trauma like illness or death — the whole greater than the sum of the parts.

The cohesion of biodiversity in a forest, the musicians in an orchestra, the members of a family growing through conversation and feedback, through memories and learning from the past, even if chaotic and unpredictable, leveraging scarce resources to thrive. Through this cohesion, our systems develop into something whole and resilient. They are complex. Self-organizing. They have the hallmarks of intelligence. Recognizing that forest ecosystems, like societies, have these elements of intelligence helps us leave behind old notions that they are inert, simple, linear and predictable — notions that have helped fuel the justification for rapid exploitation that has risked the future existence of creatures in the forest systems, like us. 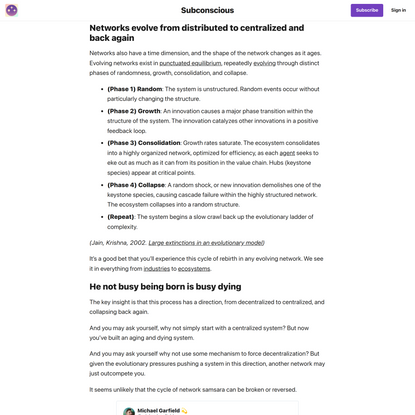