The van "represents what a Land Rover does in Africa," said Vinton Cerf, who headed the project for the U.S. Department of Defense's Advanced Research Projects Agency. "It helped us explore terrain that didn't have any roads."

For SRI’s engineers, this meant retrofitting a “bread truck” style van to test the difficulty of broadcasting and receiving network signals on the move. They wanted to see if, for instance, their packet radio connection would remain intact if the van went under a highway overpass.74 (Packet radio is an early version of today’s cellular networks.) Rigged on the inside with a DEC LSI-11 computer and two packet radio transmitters, the SRI van (figure 1.7) ran its first successful test in August 1976, six years after Ant Farm’s own Media Van (figure 1.8). The test was of a protocol that would bridge the aerial network—the Packet Radio Network, or PRnet—with the ground- based ARPAnet. It was the first time two disparate computer networks were bridged, and as a result, it is considered the first inter-network, or Internet, transmission.

In this inaugural test, the van is clearly visible on the right side of the net- work diagram, connected to two clouds labeled PR NET and ARPA NET. What is perhaps missing from the diagram is the texture of the setting, of the van’s driver—protocol engineer Jim Mathis—trucking down Northern California’s Bayshore Freeway, and the van’s final stop, which was chosen because it was a “‘hostile environment’—in keeping with relevance to military application”: “This was the parking lot of Ross[o]tti’s biker bar in Palo Alto, still well in reach of the repeater units at Mt. Umun[h]um and Mission Ridge—and with good supply of local bikers who gave the appearance of hostility after the requisite number of beers.”75
There is an improvisatory aspect to SRI’s van test. The inter-network they built was by definition an “amalgam of wire and radio networks”; it was a way of allowing a highly mobile, even ethereal network—packet radio—to tap into a preexisting, fixed network infrastructure.76 The van also reveals a third infrastructure that is only implicit: the highways in what is now known as Silicon Valley where the researchers circulated to test their van, which also delighted the bikers and video freaks with whom they mingled. A few miles down the street from Rossotti’s, you could buy a catalog containing Ant Farm’s latest inflatable architecture projects or video schematics from the “Whole Earth Truck Store.” The first node on the intermedia network was a truck stop, or, in the case of SRI, a biker bar.
The two media vans soon went into storage, SRI’s to a forgotten back lot, Ant Farm’s to a bunker in Marin County, California. But the inter-network- ing protocol tested in 1976, TCP, would cement the growth of what would be christened the “Internet” in 1983, and the networks’ shapes would resemble the possibilities—the freedom of the road; a constantly moving, physically fragmented existence—once offered by the highway. No matter that Ameri- can highway culture itself had gone into decline. The potentialities that the highway once represented—the idea of the highway without the highway itself, simultaneously decentralized and yet an infrastructure from the Cold War—remained. 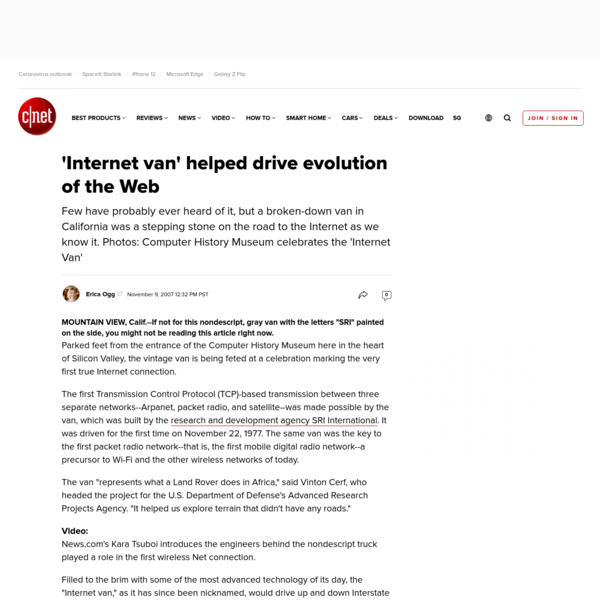 The myth persists that the Net was built to withstand the blast of an atomic bomb. But that was the military-run Arpanet of the 1970s, not the corporate-run Internet of today. “What’s basically wrong is we are centralized,” explains Dr. Peter Salus, Internet historian and author of Casting the Net. “We have violated the constraints that the Department of Defense had in 1967.” 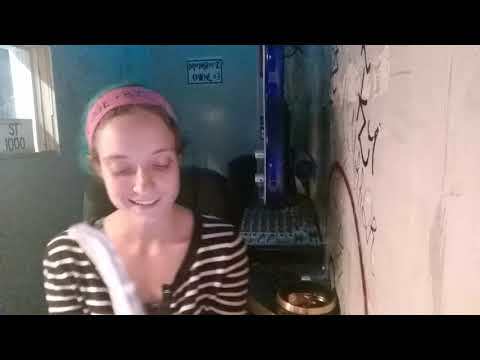 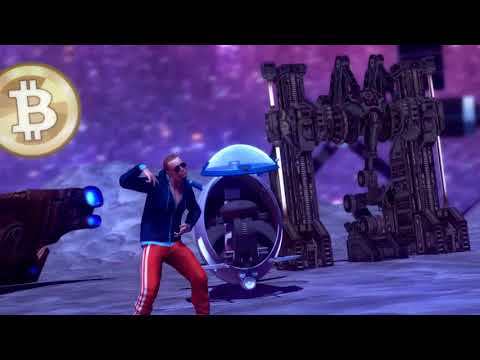 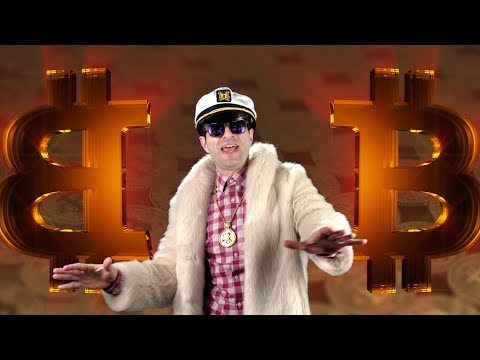 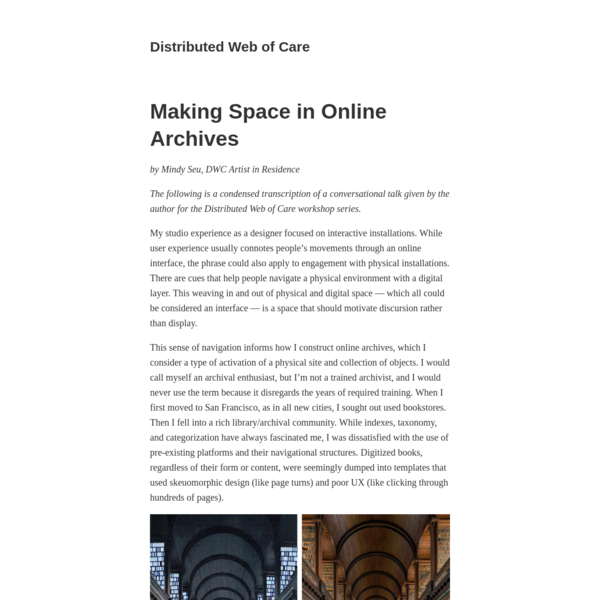 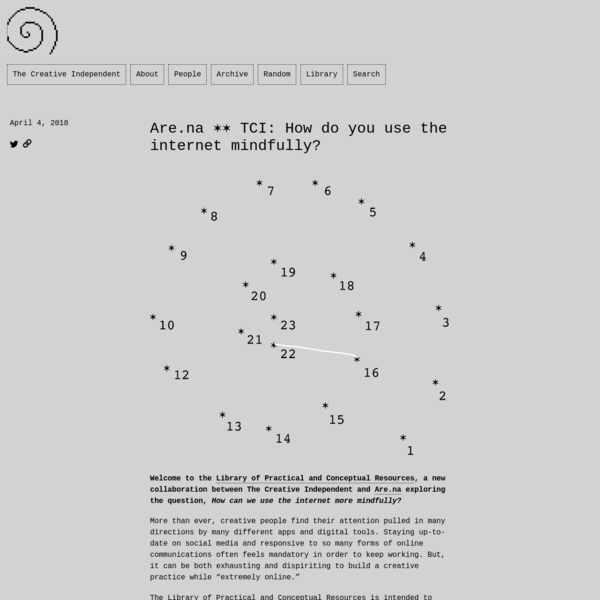 Are.na ✶✶ TCI: How do you use the inter… 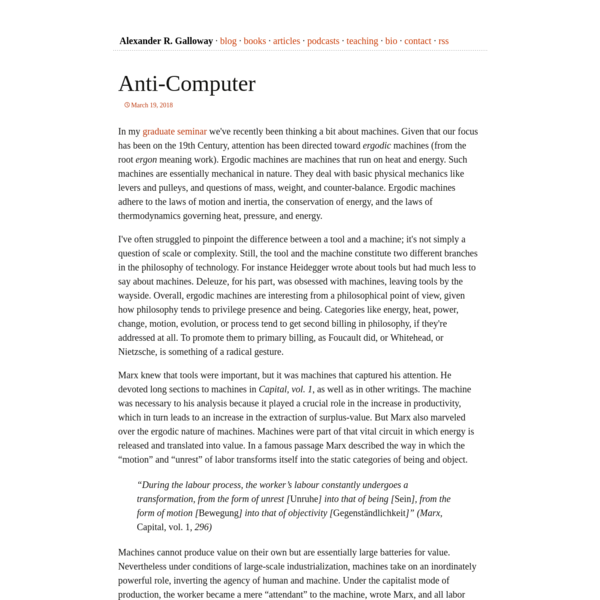