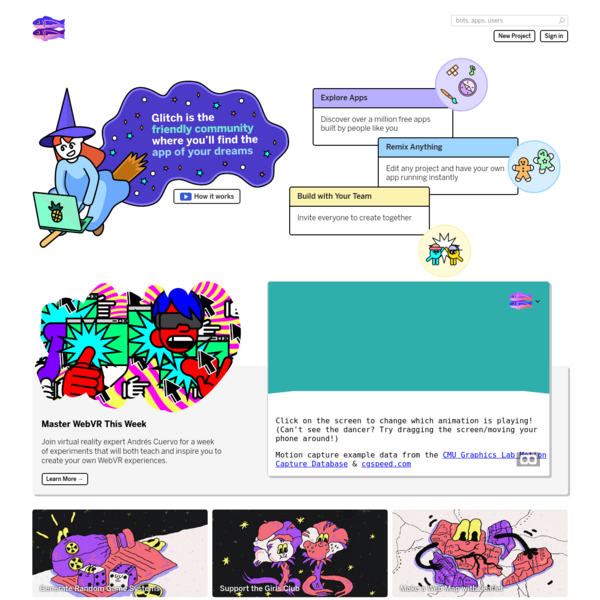 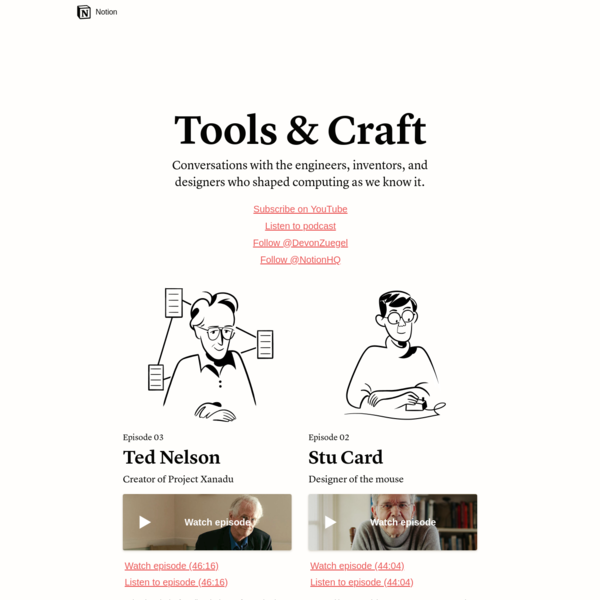 Notion - The all-in-one workspace for y… 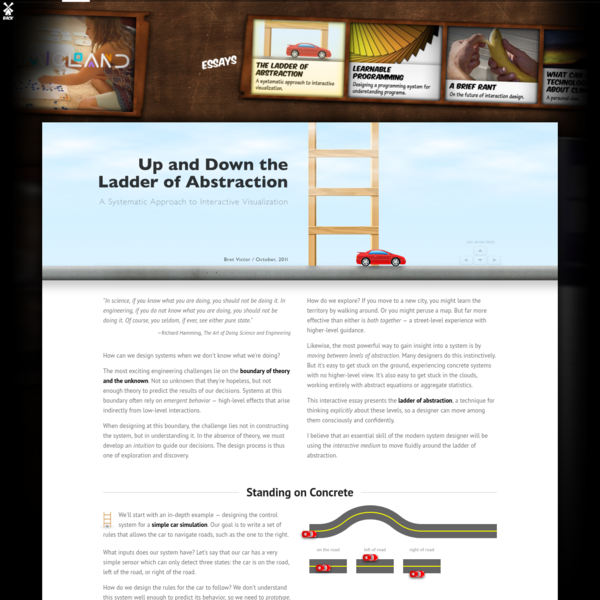 Up and Down the Ladder of Abstraction

Apple is, in some ways, very cynical. It markets utopian ideas all the time. It markets its products as tools of utopian transformation in a countercultural vein. It has co-opted a series of the emblems of the counterculture, starting as soon as the company was founded. (Fred Turner in Logic)

what is the difference between an operating system and an application, or a platform and a product? the stack correlates to a metaphysics, or at least a universal structural ordering and categorization of a particular reality/thing, understood as modular processes/techniques, with a generalized rather than specific goal. this is a kind of computational metaphysics, in that it can be "computed", "programmed", re-ordered according to a set of instructions

... a stack defines the discrete hierarchy by which elements interact.

Memex and marginalia as an ideal example of tool-sharing, path-sharing.

tools figure one's relation to the world/nature, and its handiness (zuhandenheit, readiness-to-hand) is revealed in practice rather than theory. While its presence-at-hand (vorhandenheit) revealed at the moment of breakage. but which nature? the second nature of the built environment, the tertiary nature of infrastructure, operating systems and the (synthetic) ordering of things? technology falls into handiness, a naturalized part of going about the world.

The less we just stare at the thing called hammer, the more actively we use it, the more original our relation to it becomes and the more undis- guisedly it is encountered as what it is, as a useful thing.

The act of hammering itself discovers the specific "handiness" of the hammer. We shall call the useful thing's kind of being in which it reveals itself by itself handiness. It is only because useful things have this "being-in-them- selves," and do not merely occur, that they are handy in the broadest sense and are at our disposal. No matter how keenly we just look at the "outward appearance" of things constituted in one way or another, we cannot discover handiness. When wejust look at things "theoretically," we lack an understanding of handiness.