Though his name would come to be identified with an enduring style of Latin alphabet, Caslon's first typefaces were what contemporary typefounders called "exotics." His first design was an Arabic made at the English size (14pt), commissioned by the Society for Promoting Christian Knowledge before 1725, followed by a Hebrew created for William Bowyer in 1726, and a Coptic for Wilkins first used in 1731. His first Latin typefaces were a roman and italic cut in the pica size (12pt), of a style that was fully realized by the publication of his foundry's specimen sheet in 1734.[5] 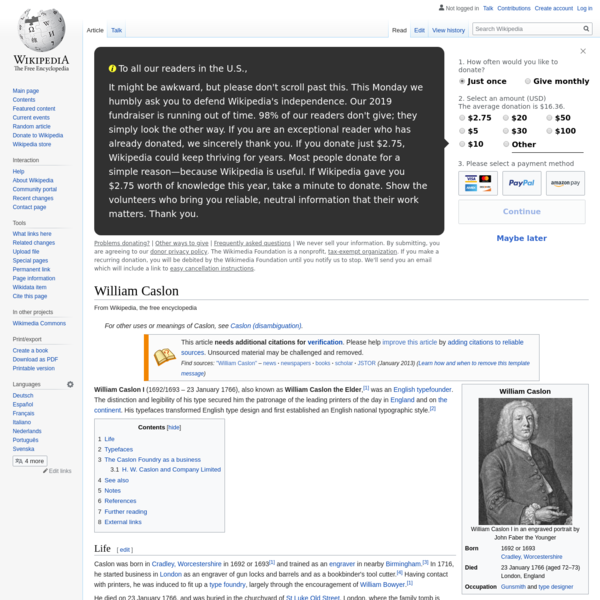